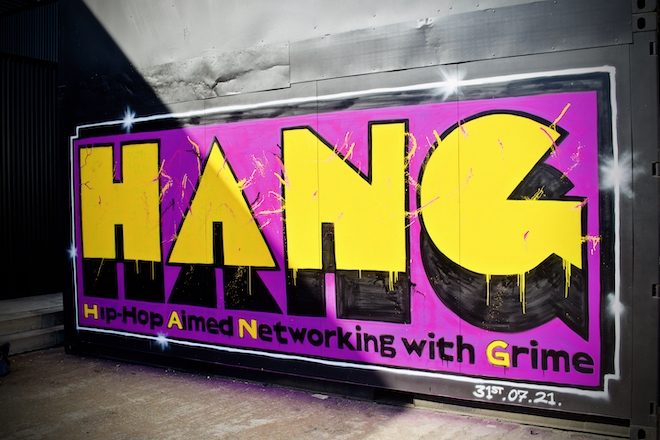 Taking place online and with some socially distanced evening programming on Saturday July 31, HANG recently announced a slew of new names that will speak.

These include Kieran Soraghan, the producer of The Rap Show with Tiffany Calver and The Grime Show with Sir Spyro on BBC Radio 1/1Xtra, and Mobolaji Agoro of Glasgow-based music platform UP2STNDRD and Forij arts collective.

Read this next: High times in the Highlands: exploring the outer reaches of Scotland’s music scene

Representatives from the Association of Independent Music (AIM) will also take part in a panel discussion on whether artists have to leave Scotland for London in order to find musical success.

HANG also heralds the announcement of a new hip hop fund that artists can apply for to develop their practice. Delivered by Sunny G Radio in partnership with UP2STNDRD and 644 Studios, these new Creative Scotland funds will open for application during HANG on Saturday July 31.

Read this next: Raveheart: how house music exploded in Scotland

Steg G from Sunny G Radio has commented that, “HANG is a great opportunity to showcase and show out the huge range of exciting and diverse hip hop talent we have, and celebrate over 30 years of hip hop being created in Scotland. I’m really excited to be part of the team helping to provide the first ever hip hop funds in Scotland. I’m pleased at how accessible the whole process is, as it’s so important to encourage and support new and emerging Scottish hip hop artists to access resources and support. This is an amazing opportunity to help artists move their creative projects forward.”