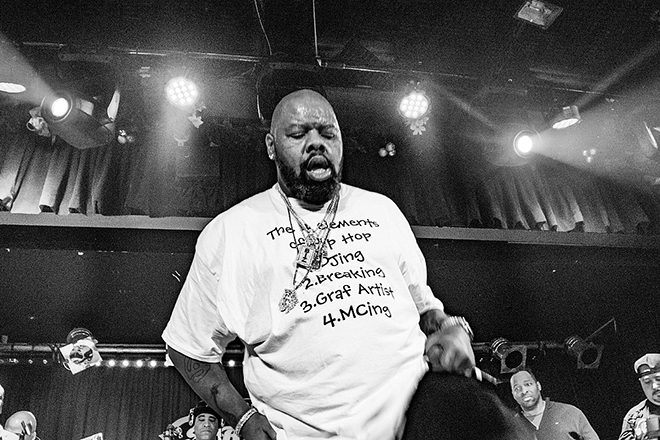 He passed away peacefully with his wife at his side on Friday evening, according to representative Jenni Izumi. A cause of death has not been revealed.

In a statement, Izumi said: “We are grateful for the many calls and prayers of support that we have received during this difficult time. Biz created a legacy of artistry that will forever be celebrated by his industry peers and his beloved fans whose lives he was able to touch through music, spanning over 35 years. He leaves behind a wife, many family members and close friends who will miss his vibrant personality, constant jokes and frequent banter. We respectfully request privacy for his family as they mourn their loved one.”

Biz Markie’s biggest hit was 1989 single ‘Just A Friend’, which featured his style of humorous narration, reaching number 9 on the Billboard Hot 100 chart. Biz Markie’s humour often saw him referred to as the ‘Clown Prince of Hip Hop’.

The artist, real name Marcel Theo Hall, was born in Harlem and grew up on Long Island, first making his way as a performer in NYC nightclubs, where he impressed with his freestyle and beatboxing talent.

Speaking about the origins of his moniker to the Washington Post in 2019, he said: "Biz comes from the first hip hop tape I heard. It was ’77, ’78, from the L Brothers. Grand Wizard Theodore was the DJ, and the rappers was Kevvy Kev, Master Rob and Busy Bee Starski. I loved Busy Bee. Busy Bee just stuck with me. My name used to be Bizzy B Markie, and after a while I put the Biz with the Markie. My nickname in my neighborhood was Markie."

Biz Markie released five studio albums in his career across 1988 to 2003, with his second album ‘The Biz Never Sleeps’ in 1989 proving to be his most successful, helped by the success of featured single ‘Just A Friend’.

He was diagnosed with diabetes in 2014, and was hospitalised due to the illness for a number of weeks in 2020.

Tributes have been pouring in from across the rap world and beyond for Biz Markie.

Missy Elliott said: “I can remember so many times trying to beat box like you until my lips was sore & whenever we saw each other your energy was always so full of Life/Love/& Good Vibes”.

Beastie Boys wrote: “We are so grateful to have had so many unforgettable experiences with the truly unique and ridiculously talented Biz Markie.”

I can remember so many times trying to beat box like you until my lips was sore😩& whenever we saw each other your energy was always so full of Life/Love/& Good Vibes💜 Your impact in the culture Is 4EVER🙌🏾 & you will NEVER be Forgotten🕊💜🙏🏾 Rest king @BizMarkie👑 pic.twitter.com/gCzsdzQtwS

Some words on our friend and collaborator, Biz Markie.
- Mike

We lost another Rap legend Mr. Biz Markie, an American rapper, singer, DJ, record producer, actor, comedian, and writer. He's best known for his 1989 single "Just a Friend"! To a lot of us he was more than Just a Friend. R.I.P. Prayers going out to the family & friends. Bootsy🤩 pic.twitter.com/URnUMKIQdB

R.I.P. To The Diabolical @BizMarkie

First thing on my mind waking up this morning... I’m gonna miss my guy... 🙏 #BizMarkie pic.twitter.com/pdBy96faCp