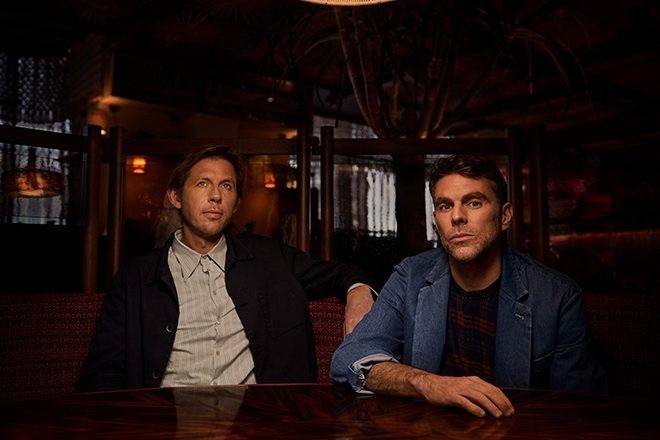 Groove Armada have announced their first album in 10 years.

'Edge Of The Horizon' will come out on October 2 via BMG and sees Groove Armada - Andy Cato and Tom Findlay - collaborate with Todd Edwards. Todd features on new single 'Lover 4 Now'.

Read this next: 15 house tracks about love

On making the album, Andy Cato said: “During those studio days, the rest of the world shuts down. There’s an intensity, anyone looking in might say madness , that kicks in when we’re totally lost amongst the instruments , synths and records day and night. But that shared , unspoken feeling that comes when we both know we’ve got it right cuts through as clear as ever.”

Read this next: Best tracks of the 2019 Ibiza season

'Edge Of The Horizon' is their first album since 'Black Light' which was released in 2010.

Listen to 'Lover 4 Now' with Todd Edwards and check out the album tracklist below. Pre-order the album here.