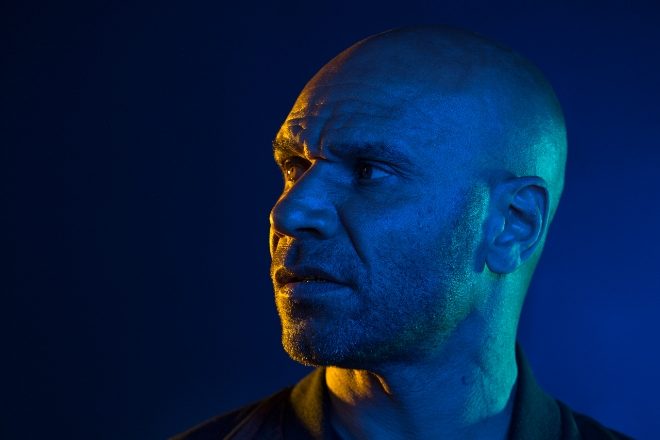 For nearly two months starting next weekend, you can catch Goldie at XOYO every Friday.

The drum ’n’ bass trailblazer will be joined every week at the London venue by artists and MC’s such as Doc Scott, Randall, LowQui and Grooverider.

Read this next: Goldie: "Ravers created an industry that corporations can invest in and now the Government is abandoning us"

Starting next Friday, Goldie’s headline slots in the XOYO "basement" will run throughout July and August, ending on September 3 with a final show featuring a b2b from drum ’n’ bass legend Doc Scott.

Earlier in the residency, guests can expect to see Goldie joined by the likes of Dub Phizix and Strategy on Friday, August 13. That same night, Blackeye will join as an MC.

Goldie’s weekly headline slot comes 25 years after the release of his debut record ‘Timeless’ which is still regarded as one of the greatest and most groundbreaking albums within the jungle scene.

Released in 1995, ‘Timeless’ received a hugely positive critical reception and quickly shot up to number seven in the Top Album Charts. Now, some 25 years later, the DJ is returning to the scene with fresh faces.

The pioneer will be bringing new DJs to XOYO such as Ant TC1, Lenzman, Grey Code, and Artificial Intelligence.

Goldie announced the news on Twitter last night saying, “PROUDLY ANNOUNCING MY XOYO RESIDENCY - LET'S DO THIS!!!” - alongside a full line-up of names.

Read this next: Six DJs respond to government telling them to get new jobs

Tickets for Goldie’s residency slots start at £15. Pre-sale goes live on Thursday, July 15, with remaining general sale tickets going live on Friday, July 16. Grab them here, and check out the full line-up below. 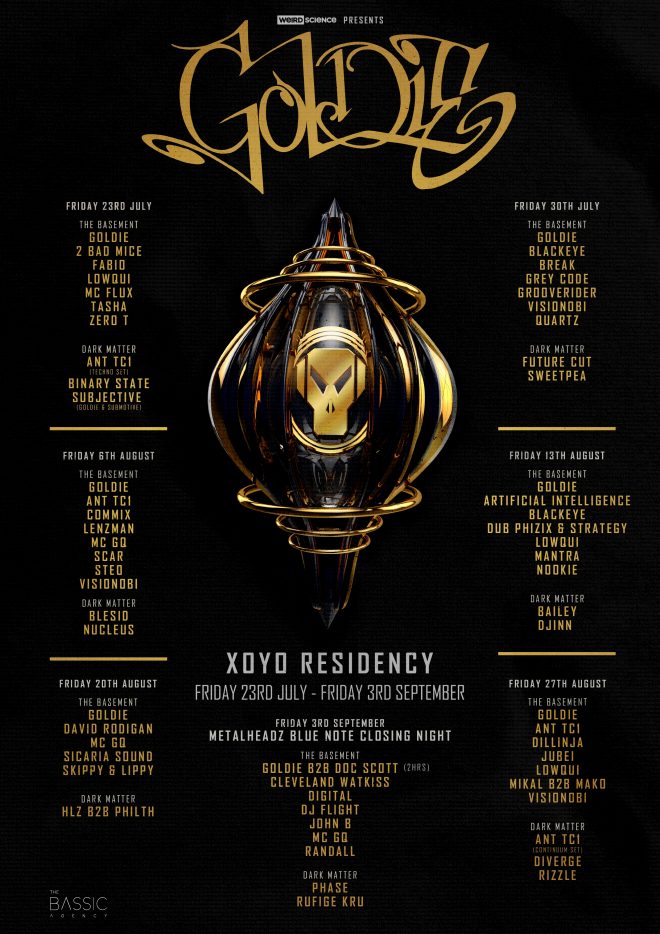