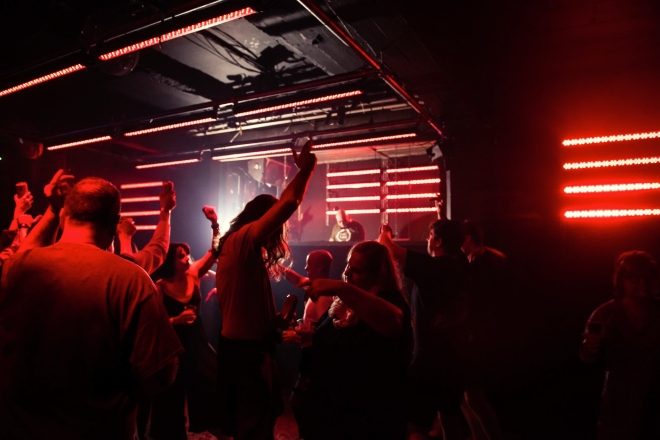 A new global music festival kicks off in the UK next month raising money for homeless charity Beats For Beds, which is set to head to Australia, Canada, and the US, amongst other European countries.

The first edition of Shelter Me will take place in Manchester on Friday, December 17, headed up by Macclesfield’s Mr. Scruff and NTS resident Ruf Dug who pair up as ScruffDug for a special one-off b2b.

ScruffDug will be joined by PBR Streetgang, Julie Wills, Peza, and more at Moss Side’s Carlton Club from 7:PM until 1:AM.

Read this next: Riverside Festival partner with homelessness and mental health charity to give DJ workshops

The next event will see in French-born producer Dombrance, alongside Justin Robertson, Logan Fischer, and more for a late-night special running until 6:AM in London’s Werkhaus - taking place just one night after the Manchester edition.

“As a society, we should make sure we look after the most unfortunate. It's wrong to have billionaires blasting into space for kicks yet there are an estimated 150 million people without a home globally,” said the founder of Beats For Beds, Edward Tomlinson.

“We have some incredible DJs all committed to the cause and are gifting their time for FREE - entry price is effectively a donation to charity, not a ticket cost,” he continued.

Read this next: War Child has launched a fundraising initiative within the dance music community

On Sunday, December 19, Shelter Me heads back up North to Leeds where A Certain Ratio Soundsystem are set to headline Belgrave Music Hall until midnight.

The global festival then travels to Melbourne, Scotland, and Amsterdam, before heading across the pond to the US and Canada’s British Columbia.

Each edition will be livestreamed via Mixcloud. Grab your tickets to Shelter Me’s first string of events here, and donate to Beats For Beds.