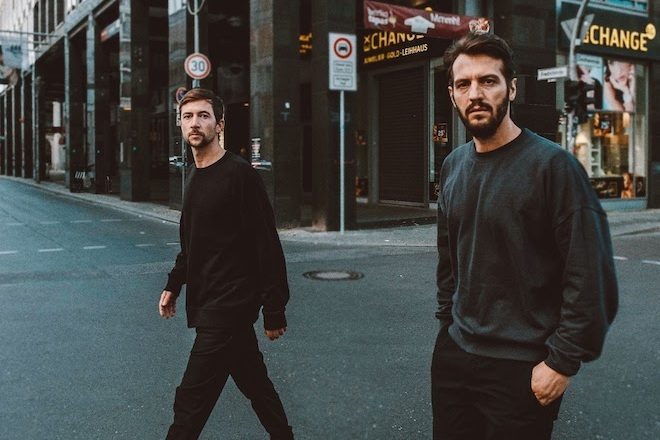 Berlin-based production duo GHEIST have released a music video for track ‘We Are Not Alone’.

It touches on the subject of mental health, which is close to the pair’s heart as they recently lost a close friend and tour manager to suicide.

On the release, the duo explain: “Coming out of these exhausting and strange past 18 month there appears to be a topic that has always been around us but seems now bigger than ever. We’ve been isolated, we’ve been alone and highly in danger of suffering from depression. It’s a matter of the heart for us to talk about this sad phenomenon and get loud about it. We just recently lost a close friend who committed suicide and no one saw it coming.”

"We see it as our duty as artists to point out this problem and create a safe place to open up and destigmatize mental illness as such and built awareness especially for people with suicidal tendencies. We are about to head into winter and we are still in a post pandemic phase as a society. We should sensitise ourselves for those who need to be seen and make sure that no one feels alone or left behind. Please let us all take care of each other and make the time to listen because WE ARE NOT ALONE."

The music video release follows their album’s release. Entitled ‘Zukunft’ and released on their own Radau Music imprint, it explored a world of emotional, colourful, diverse and delicate electronic music.

It features their mix of breakbeats, crafted synthesisers and vocals embroiled with tones of melancholy.

Read this next: Mental Health fundraiser livestream to take place