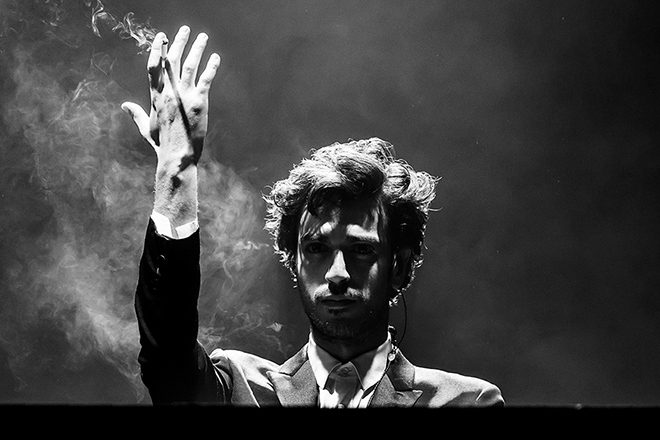 In late October, the lauded French techno star Gesaffelstein teased his return by erecting a series of billboards bearing his name in Paris, Los Angeles and New York City.

After sending the internet into a frenzy over his rumored return, a bare-bones press release sent out from Columbia Records today - which simply read "GESAFFELSTEIN SIGNS TO COLUMBIA RECORDS" - confirms the suspicion that new music from the dark techno prince is on the horizon.

So far, Gesaffelstein's newest campaign has been shrouded in silence and mystery. In addition to the billboards, his Facebook profile picture, cover photo and website homepage are covered with a bare, black background - a foreboding sign of the sinister sounds to come.

Gesaffelstein has been taking a significant hiatus after his last performance at Coachella in 2015. He has rarely broken radio silence since then and the only music we have heard from the artist in the past three years has been a few minor production credits for various artists.

It has been five years since the release of his debut album, 'Aleph'. Whether this signing means that a much anticipated follow-up album is in our future remains to be seen.