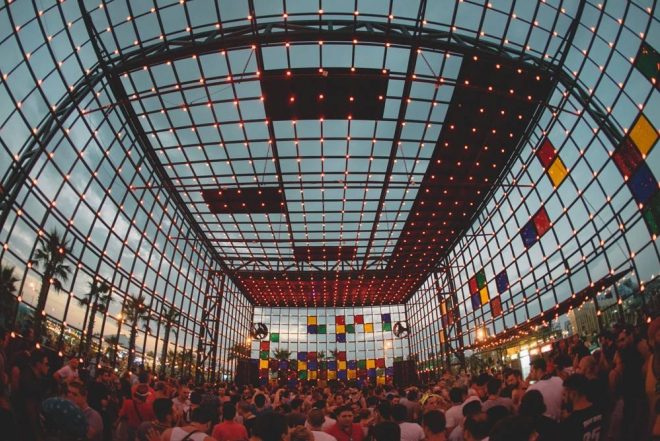 Georgian music festival and mega rave GEM Fest, which Mixmag described as "a wonderful and insane 32-day marathon", has announced the cancellation of its 2018 edition after receiving backlash from local authorities.

The announcement comes less than a month before the festival was set to begin on August 9. The cancellation follows the festival's two requests for licensing to host the event on land within the Black Sea resort of Anaklia. According to event organizers, the first request was denied while the second request was simply given “the silent treatment”, as government officials chose not to respond.

Sharing the news via Facebook, organizers are angered that the festival is apparently not being treated fairly: “Is it fair to treat a project which put Anaklia on the world festival map like this? Let history and society judge. We’ve got what we’ve got: the land where the festival took place will not be hosting us this summer... We keep fighting and the project GEM Fest will stay alive. And not just alive, but it will be reborn."

GEM Fest became embroiled in controversy back in 2017 when an investigation was launched to examine the festival's use of state-funding, according to Georgia Today. Although the anti-corruption probe didn't yield any charges against the event, the government decided it would not financially back the festival in the future.

With the cancellation also comes news that GEM Fest has plans to host four events in January, May, August and October after receiving an offer for funding from an international global blockchain project. Organizers shared excitement for the new partnership: "This blockchain project will become our trustful partner and future development guarantor. This kind of cooperation is about to take GEM Fest to a new level and make it the first crypto festival ever."


Georgia's nightlife and club culture has been under threat in recent months, after two of its most acclaimed nightclubs in Bassiani and Café Gallery were hit with armed police raids in May. Both clubs have since re-opened.