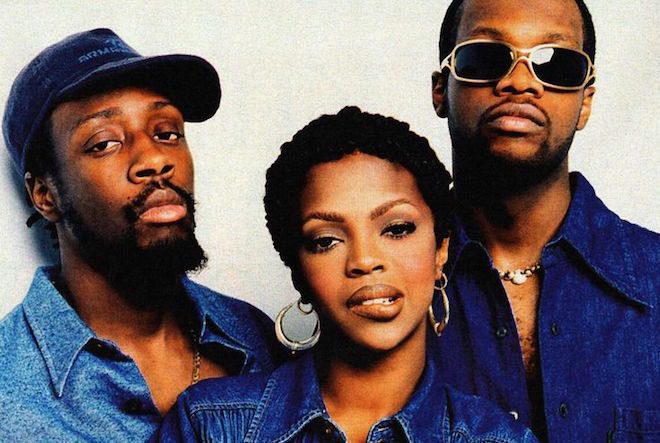 The Fugees were three hours late to their first show together in 15 years for Global Citizen Live, on Wednesday, September 22.

The trio performed favourites such as 'The Score', 'Killing Me Softly', and 'Ready or Not', and attendees were only able to get tickets through an online drawing.

During the show, Ms. Lauryn Hill reminded the 3,000 people in attendance at the New York City rooftop venue Pier 17 what a miracle it was for them to be standing there.

Global Citizen Live, was televised on September 25, and has been described as a "once-in-generation" broadcast to raise awareness and funds for global poverty prevention projects.

The group played for around 45 minutes and described the event as "a sneak preview at [their world tour]" which was announced last week. The tour will begin on November 2 in Chicago, following Global Citizen Live, and will visit major cities such as Los Angeles, Miami, Paris, and London. With gigs in Nigeria and Ghana, the tour will come to a close in Africa.

Fans took to social media to share their disappointment in the trios late arrival at their NYC show.

The Fugees started their 25th anniversary tour in NYC and someone on TikTok said they came out three hours late and performed six songs. I- pic.twitter.com/pW8PG78DPI

Hearing that the Fugees are late pic.twitter.com/AuoMImNzJi

So the Fugees were 3 hours late for their first show?

I’ll save my £150 and watch it on instagram stories

The show was scheduled to start at 6:30PM and the large gathering of fans awaited it with eager anticipation, despite band member Ms Lauryn Hill's reputation for late performances.

The Fugees had not yet appeared on stage at 9:30PM. Even as the crowd became agitated, DJ Reborn continued to play.

Even though the venue was set to close at 10PM, the stage finally sprang to life at 9:57PM.

At 10:07PM, the band started playing, followed by the rest of the group. The set ended about 10:57PM after Wyclef Jean's rendition of 'No Woman, No Cry’.

The lateness was due in part to a delayed soundcheck, which caused the entry time to be pushed back by half an hour. Ms Lauryn Hill’s habit of being late was also blamed by fans.

Upon the announcement of their revival tour, some music fans online were quick to comment on Facebook about the group’s, and especially Lauryn Hill’s, history of being late.

One Facebook user commented under Mixmag’s post; “Good luck getting Lauryn Hill to the stage on time” while another commented, “Wonder how late Lauryn will arrive on stage, reckon the other two will have finished the gig by the time she does?”

Despite some fans at the show in NYC being disappointed at the late start, Billboard reports that other fans were satisfied with the quality of the show and are excited to see what the group do on their multi-city world tour.

[Via Guardian and Rolling Stone]