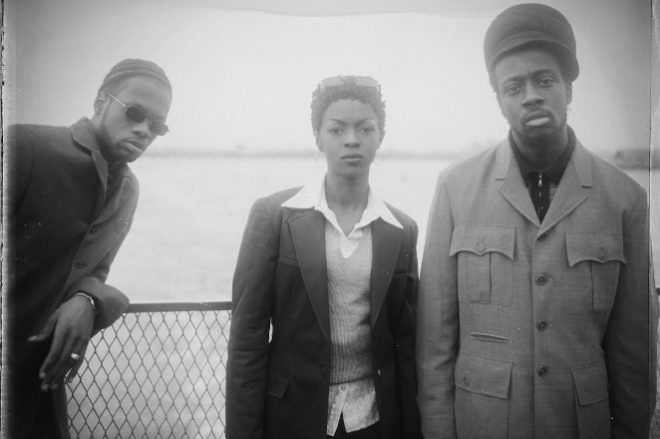 Haitain-American hip hop legends Fugees have announced that they are reuniting for a world tour to celebrate the 25th anniversary of their classic album ‘The Score’.

The group consists of Wyclef Jean, Pras Michel and Ms. Lauryn Hill. They are often cited as one of the most influential and significant alternative hip hop bands of the 1990s.

The trio’s world tour will take them through the United States, to Paris and London, and then across to Ghana and Nigeria. Presented by Diaspora Calling and produced by Live Nation, the tour will stop at London’s O2 Arena on December 6.

The group are set to perform tomorrow (September 22) at a secret pop-up venue in New York. The New York show will be filmed for the upcoming broadcast event, Global Citizen Live, airing September 25.

The reunion tour will officially begin on November 2 in Chicago. Fugees charitable fund will partner with Global Citizen to work on philanthropic initiatives around the tour.

'The Score', which spawned the hit singles 'Ready or Not' and 'Fu-Gee-La', became one of the best-selling albums of all time after being released in 1996.

Read this next: A new book celebrates over 100 women in hip-hop

The group dissolved in 1997 to allow its members to pursue individual careers. Fugees initially reunited for a reunion tour in 2004 and will now be reuniting again, 15 years later.

After their disbandment, Hill released her feminist-rap masterpiece 'The Miseducation of Lauryn Hill' in 1998; Pras released the pop-rap crossover smash 'Ghetto Superstar' that same year; and Jean emerged as a figurehead in the rap music industry in the 21st century.

Wyclef Jean said: “As I celebrate 25 years with the Fugees, my first memory was that we vowed, from the gate, we would not just do music we would be a movement. We would be a voice for the un-heard, and in these challenging times, I am grateful once again, that God has brought us together”

Adding a further comment, Ms Lauryn Hill said: “The Fugees have a complex but impactful history. I wasn’t even aware the 25th anniversary had arrived until someone brought it to my attention.”

She added: “I decided to honour this significant project, its anniversary and the fans who appreciated the music by creating a peaceful platform where we could unite, perform the music we loved, and set an example of reconciliation for the world.”

Tickets for the London performance go on sale on Friday 24 September, 10:AM local time and can be found here.

A full list of international tour dates can be seen below: 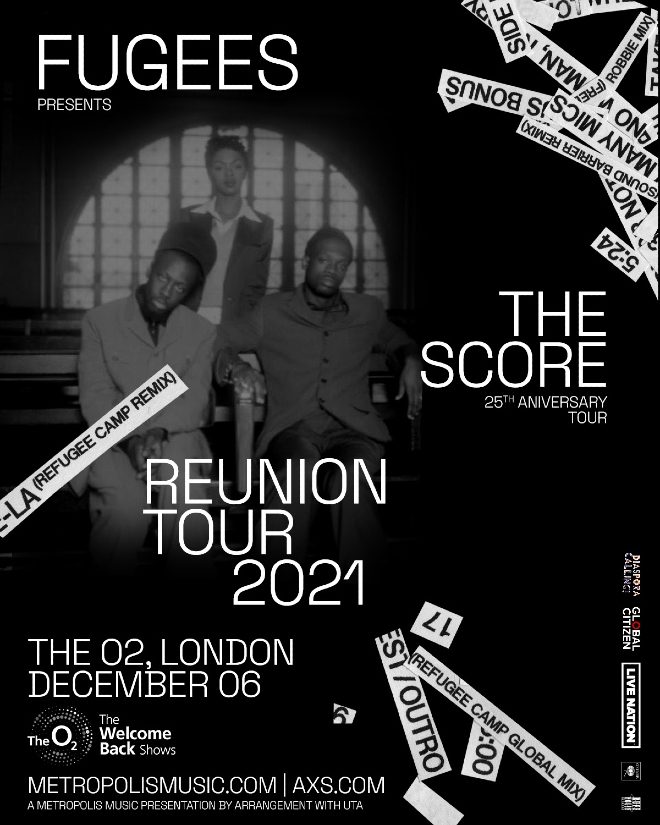