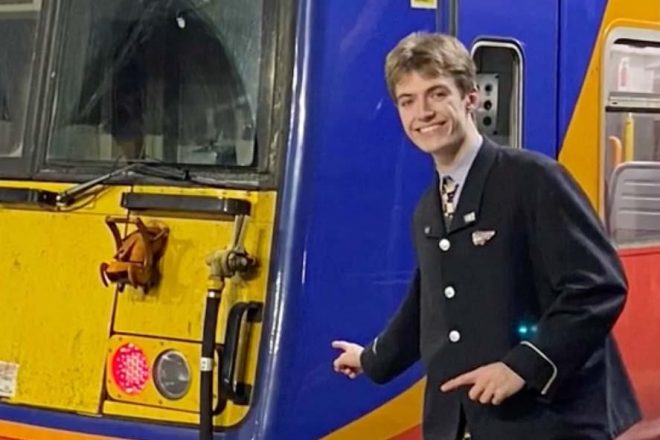 Francis Bourgeois has released another train-dedicated tune, and this time it's about British Rail Class 465 trains that ran their final services for Southwestern customers yesterday.

Our favourite TikTok trainspotter has posted the new track on his social media accounts and has dedicated it to the Class 456 fleet which has "run for 30 years".

Read this next: We found electronic music made by Francis Bourgeois

The track features a steady rap-style beat with snappy drums and catchy keys.

The lyrics highlight Francis' love for the train and include lines such as "just like thr last track I am connected to you" and "take it up to the top notch, run wild, let those traction motors scream".

Francis raps "to and from Waterloo I love riding on you, coasting through".

Francis' song also says that the train is "750 volts DC," and he gives his opinion by saying the "discharge is fine by me".

The video shared by Francis follows him on these trains and on the platforms of stations as these trains pass by behind him.

Last month we found previous music made by Francis before he became famous; it appears his love for music has not diminished in his TikTok days.

Electronic music duo Gorgon City also commented under the video offering Francis a record deal. They said: "Hi Francis. We run our own independent record label and would like to talk to you about signing this absolute weapon of a track, please get in contact."

Read this next: In Session : Gorgon City

Check out Francis' tune below.