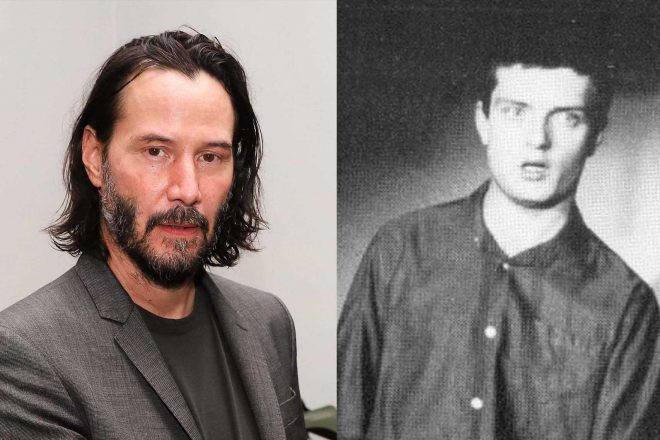 Keanu Reeves has revealed that ‘Love Will Tear Us Apart’ by Joy Division is his favourite song.

Last week, Reeves was a guest on The Late Show With Stephen Colbert which saw him answer the ‘Colbert Questionert’ section that includes 15 questions that are designed to “penetrate the soul”.

One question asked was for him to pick one song to listen t for the rest of his life which he answered with the 1980 Joy Division track ‘Love Will Tear Us Apart’.

Read this next: Keanu Reeves has donated $31.5 million of Matrix earnings to cancer research

Reeves was also asked to name his favourite movie, which was the 1975 Roller Ball, what is his best sandwich which he answered as toasted crunchy peanut butter sandwiches with honey and what his favourite smell is which he replied: “Today, I’m going pick my 1974 Norton Commando when the engine warms up”.

He added: “When you’ve been giving a good go, the oil in the engine heats up, and the smell that comes off the engine is really good.”

During the interview, he also shared that when he asked his Bill & Ted co-star George Carlin for an autograph Carlin wrote: “‘Dear Keanu, Fuck You’” says Reeves.

“I always thought he just wrote that for me, but then I met someone else who said that he wrote the same thing to them.”

Read this next: The Matrix soundtrack is to be released on vinyl

Colbert shared that the ‘Colbert Questionert’ segment was actually inspired by a previous appearance from Reeves on the show, where he answered a question back in May, 2019 about what happens when we die.

“I know the ones that love us will miss us,” he answered when asked the question.

You can watch Reeves answer Colbert’s questions below: