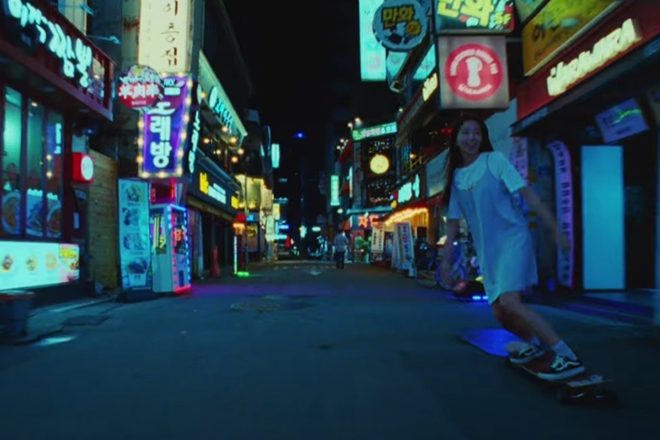 FKA twigs has directed a skate film to commemorate the Tokyo Olympics and the first year that skateboarding has been included in the games.

Created for Facebook and creative agency Droga5’s new global campaign ‘We Change the Game when we Find Each Other’, the two-minute film features choreographed performances by dancers on longboards. twigs’ video is one of four presented by the campaign, each aiming to highlight global communities united through skating.

Titled Longboard Family, the artist designed the short film to show how the longboard community have used a Facebook group to share moves and grow their family.

Read this next: Listen to a playlist of skateboarding tracks curated by Jenkem and SCDD

In a post on Instagram, twigs said: “It was so amazing being immersed into their world, and as a movement artist and obsessor myself, I felt humbled by the skill levels and beautiful athletes that I shot.”

Alongside her work in front of the camera as a musician, producer and dancer, FKA twigs has contributed to the production of visuals for her own releases since 2012.

Past directorial highlights include the music video for 2013’s 'Papi Pacify', which she worked on with Grace Ladoja, and 2015’s 'Pendulum'.

Earlier this year, twigs collaborated with Dutch director Emmanuel Adjei on visuals for a track from Headie One and Fred again..’s mixtape ‘GANG’, which she also contributed vocals to.

More recently, the artist directed a video for her former Young Turks counterpart Koreless. The video for White Picket Fence was shared on July 13.