Jenkem and Steel City Dance Discs are a perfect match. The former is a skateboarding and culture magazine with strong ties to the music world, the latter is a record label helmed by skateboarding fanatics - including Mall Grab, who takes his artist name from the board carrying faux pas.

Last December they linked up for a joint release of high-octane dance music, bringing four tracks of uncompromising rave fuel to the world. On the A-side Lawrence Lee and Maruwa explore acid techno and breaks, on the flip Teleself and Viers deliver raucous rhythms and bass.

New York City-based Jenkem’s existing musical output includes hosting its own NTS show, mix series and running a record label that put out the debut collaborative release form AceMoMa in 2019. So when the Australia-hailing SCDD label crew came to town, their common ground inspired an instant connection. The unity of their vision shines through in the quality of this debut release, and has us excited for future collab plans to come.

To mark the release, we asked Jenkem and Steel City Dance Discs to compile a playlist of their favourite songs to skate to, and asked them a few questions about the EP and links between skate and rave culture.

Read on and listen below. 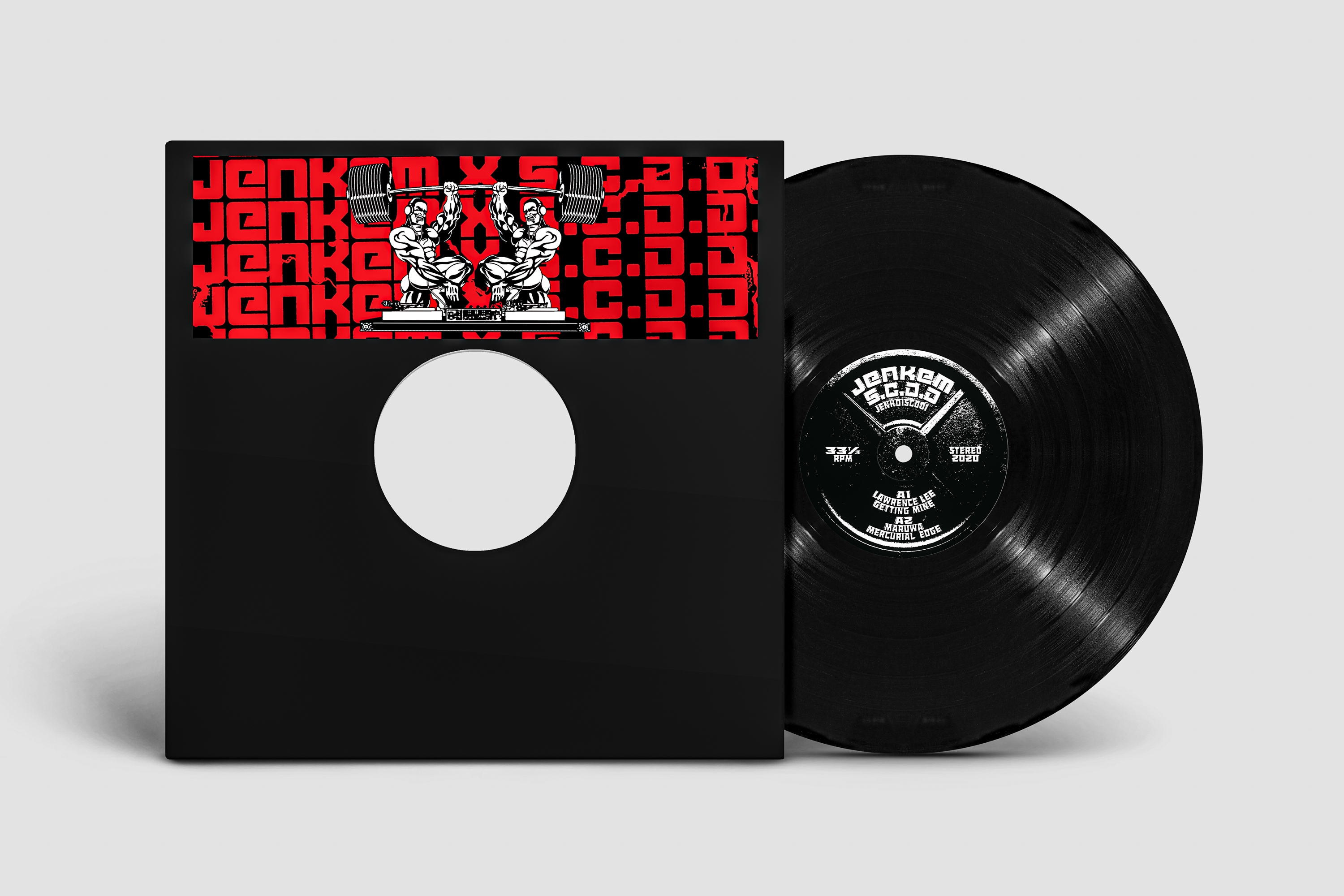 How did Jenkem and Steel City Dance Discs first link up and what made you want to work together on this collaborative release?

Jordon [SCDD]: We linked in NYC and had a wild night out conversing in the hubs of creativity such as the hot tub at The Standard and the Coyote Ugly Bar. The end product was figuring out that we shared similar attitudes and philosophies towards music and that perhaps we could make something cool that would resonate with a shared audience. There were also plans for parties together which are understandably on hold now, but are still in the works.

Ian [Jenkem]: Jordon [Alexander] and I met up in NYC a couple times for some light partying - he's a skater at heart and we have been following his music for a while and have mutual interests. We had a blast and schemed on ways we could do something to cross paths more often and combine our worlds. He introduced us to the SCDD squad (Jackson & Jarred) and we worked on curating a EP along with Mike Bloom who helps with the music side of Jenkem. SCDD tapped two artists from their circles and we tapped two from ours and combined 'em together.

Read this next: Mall Grab on the power of DIY clothing and Kramer from Seinfeld being his style icon

What connects the subcultures and skateboarding and electronic music in your view?

Ian [Jenkem]: I'd say both electronic music and skateboarding attract fanatics - people that like to go deep into things - that fully dive into the subculture once they find it. Additionally, the people that are creating in both worlds (producing music, filming skate parts, performing... etc) are more or less just doing it almost all out of passion and expression. Both subcultures have a loud and impactful effect on the larger world but the money you make from them when you do it your way (probably) isn't going to make you rich, so not many people are financially driven. Everyone is doing it for passion and to be a part of the bigger family and story. And if we can all make a living out of it too, that's the dream.

Jackson [SCDD]: Ian’s hit the nail on the head with this. To us, people of both groups have a lot of passion for exploring individual style, creativity and researching the history within. Both foster huge communities with sub-communities too – there are many genres that one can dive into in electronic music and people often tend to end up only wanting to skate certain types of architect like vert or street. Skateboarding and electronic music have begun to become a bit more symbiotic in recent years with people choosing to soundtrack skate videos with more underground-leaning electronic music, which ultimately reflects what they’re listening to.

Read this next: Listen to Jaymie Silk’s 'This is why dance music is Black music' playlist

Can you tell us about your playlist and why you chose these selections?

Jackson [SCDD]: The tracks we chose vary quite a bit. I guess we approached it thinking about what music we listen to before, during or after a skate. Some are personal headphone blasts and others are soundtracks to the park on a sunny afternoon.

Ian [Jenkem]: Generally speaking I think skateboarders still get perceived as rap or rock people. For years skateboarding was marketed as a tough / punk activity - every contest played Slayer or Metallica or Wu-Tang in the background - and those genres would typically be lumped into the videos and commercials by mainstream media. I wanted to pick some songs that wouldn't fall into that trope and had a strong pulse of energy or movement to keep you motivated.

Read this next: Get the best of Mixmag direct to your Facebook DMs
Next Page