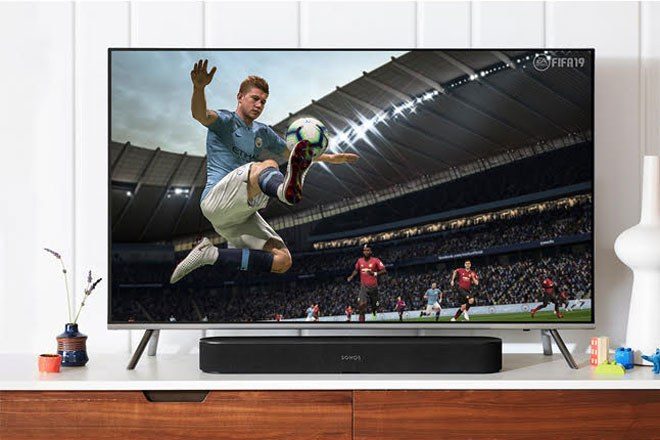 Ahead of FIFA 19's worldwide release this Friday, the franchise teamed up with Sonos for an exclusive first play of the highly-anticipated game.

Gamers were given a chance to play FIFA 19 - and revel in its diverse new soundtrack - on the brand new Sonos Beam: the company’s latest, and most versatile, smart speaker.

Combining Amazon’s Alexa voice control, the Beam delivers incredible sound quality, the ability to integrate with existing Sonos systems, and support for 80+ music services. It's also compatible with AirPlay 2 - a feature allowing users to play music and podcasts from their iOS devices directly.

FIFA 19’s accompanying soundtrack pulls together an international music catalogue, platforming both new and established artists. From Mancunian grime to Swedish post-punk; the listing unites sound from across the globe, gifting gamers a renewed chance to discover iconic sound.

Previously, FIFA soundtracks have seen the likes of Perfume Genius, Disclosure, and many more groundbreaking electronic names take to the game: this year is no exception.

Sided with hot tracks from the likes of Logic, Childish Gambino, and Crystal Fighters, the list also boasts of brand new music from Jungle, Young Fathers and Maisonair. Also joining the track listing will be Peggy Gou, Gorillaz and more. Check out the full soundtrack below. FIFA 19 will be released worldwide on September 28. For more info about the Sonos Beam, head here.