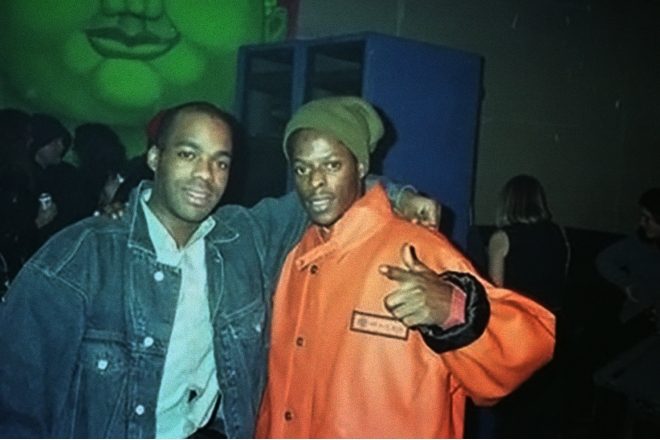 A new exhibition exploring the history of rave culture and pirate radio in the London Borough of Waltham Forest.

"Sweet Harmony: Radio, Rave & Waltham Forest, 1989-1994" is opening on November 25 at Vestry House Museum, Walthamstow - the exhibition will be open to the public for 6 months.

This exhibition has been made with oral histories, flyers and photographers, and looking at the interplay between a diverse community, interwar architecture and location.

It will also include a cluster of off-site workings including audio and video interventions in the spaces where council estates once emitted radio stations, or where clubs now stand empty.

This exhibit will be exploring how the diverse nature of the east London borough contributed to the advancement of the pirate radio and rave scene during this period.

From 1989 through 1994, an unique time in music history arose, with garage, hardcore, jungle, and drum and bass all emerging in short succession towards the conclusion of the acid house movement.

Alongside the exhibition, there is also a limited edition 24 page booklet with a fold-out map and poster.

Throughout the exhibition, there will be a number of events and podcasts, as well as the outcomes of a series of workshops with local young people that taught them to sample, mix, and use the audio equipment of the period.

The exhibition will be assessing the role that local musicians, creatives and youth played in the crafting of these subgenres.

Originally funded by National Lottery Heritage Fund, this part of the project is being funded by Waltham Forest Council.

Read this next: 25 parties that changed dance music forever

Speaking to Mixmag Katherine Green, one of the directors of this project, said: "I grew up in Waltham Forest and remember at the time, there were loads of parties, events and radio stations and I couldn’t find much at all online about it.

"I realised because most of it was underground at the time and pre-digital, the social history just hadn’t been captured.

"I hope visitors to the exhibition will be surprised by the amount of activity and creative production that was going on in the underground in the borough in the 80s and 90s, and to see what a positive contribution these young people made to UK culture.

"Much of the activity was maligned at the time, but looking back 30 years, it’s clear how much richer our lives are for the entrepreneurship and the risks that young people took creatively. I hope that also makes people reflect on how important creativity is for our communities – though I am aware those are lofty aspirations."

The organisers hope that they can also put on another rave at a local venue in the area. In October, they hosted a Sweet Harmony rave at Patchworks in Leyton. This rave reunited many of the DJs from the 1980s and 1990s. As part of this event they also used some rare hand-painted rave banners which were painted in Walthamstow in the 90s.

Read this next: Dance 'til the police come: How oppressive policing has eroded rave culture

To find out more about the exhibition, visit their website here.