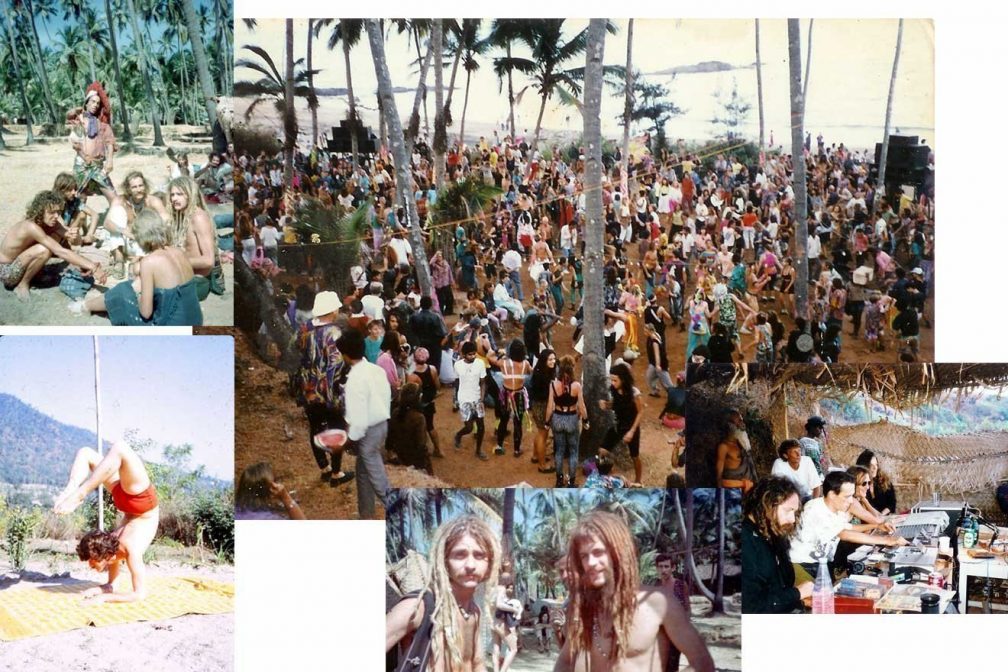 The ex-Portuguese colony of Goa had been on the hippy trail since the '60s, its beaches a hashish-marinated hideaway. Anjuna, particularly remote, was especially attractive due to its lack of policing. During the '80s the hippy gig scene was slowly infiltrated by DJs such as Goa Gil, who played Belgian EBM tunes. By the '90s, Anjuna had developed its own variety of trance, fuelled by tropical sun and LSD rather than MDMA. Participants started labels such as Tip and Dragonfly and the whole thing exploded in the mid-'90s when Paul Oakenfold's Perfecto label got behind the scene. 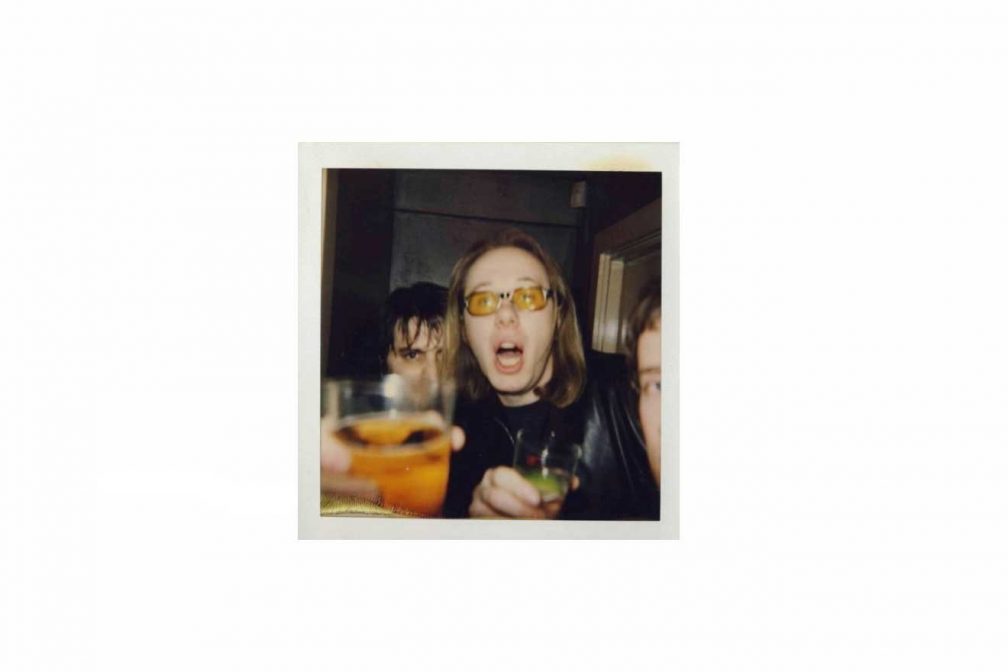 The Albany, Great Portland Street (later Turnmills, Clerkenwell Road) By the mid-'90s, house music had clambered up its own rectum; too many glam nights and faceless grooves. For a run of 13 Sunday nights in 1994 in the basement of The Albany pub, a venue that could hold around 150, Heavenly Records launched the Chemical Brothers – then called the Dust Brothers – on an unsuspecting world. Alongside DJs such as Andrew Weatherall and Justin Robertson, this bouncing booze-pit saw acid techno played beside hip hop and rock. Big Beat was born. 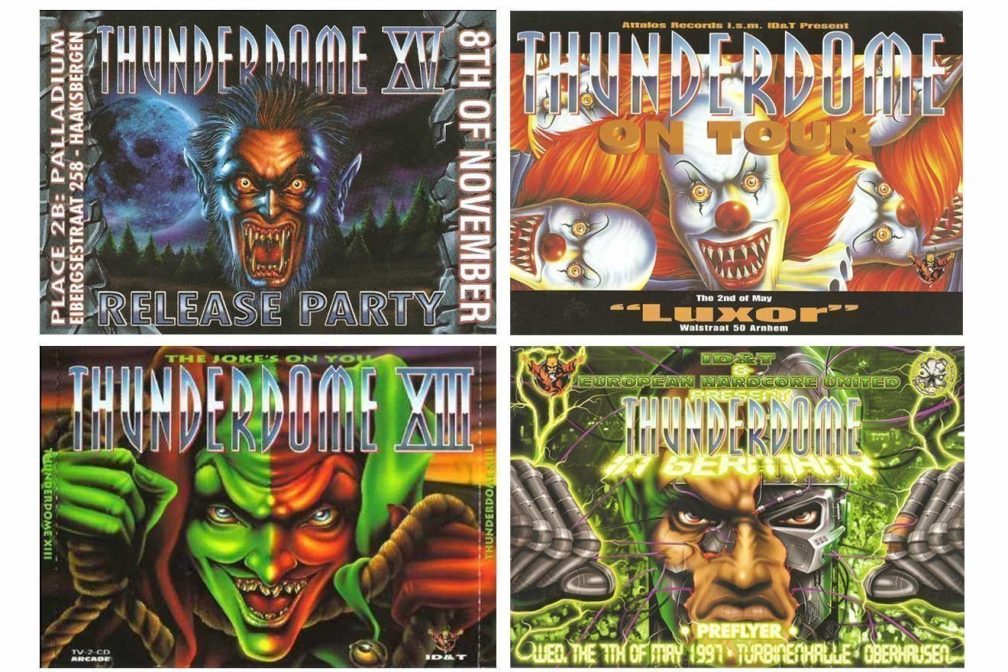 Various locations, Holland ID&T now promote huge festivals such as Tomorrowland but its directors originally made their millions from dance music's noisiest sub-genre - gabber. Starting with an event in Utrecht called The Final Exam in 1992, Thunderdome organised massive raves that popularized techno at demented speeds, danced to by thousands of Dutch kids in customised tracksuits (including a few of today's trance heavyweights). The title of ID&T's 1993 compilation, 'Fuck Mellow, This Is Hardcore From Hell', says it all. 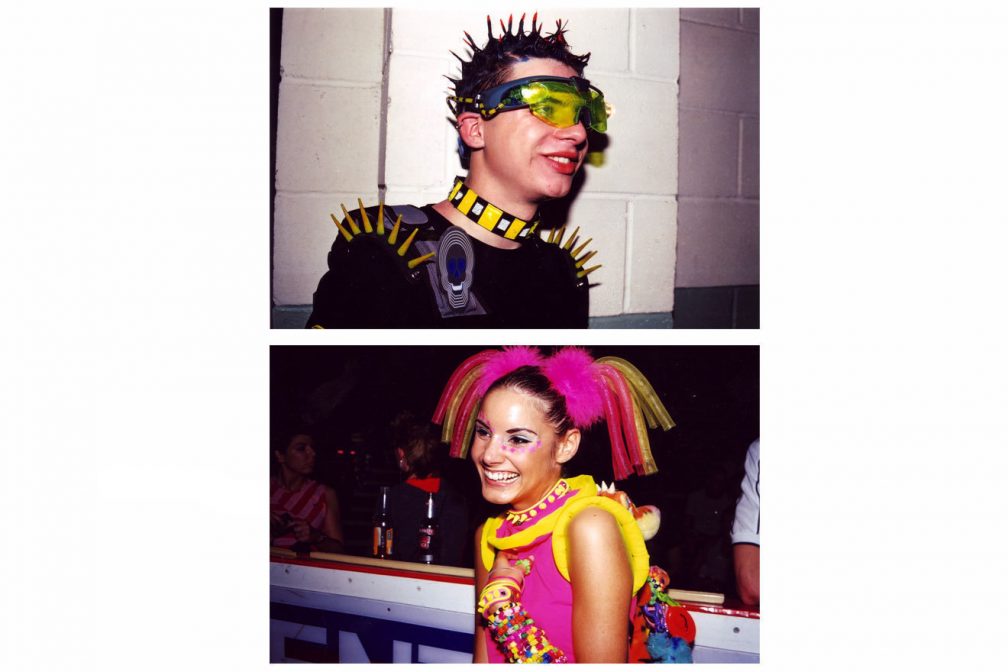 The Republic, Arundel Street, Sheffield Simon Raine and Scott Bond's Gatecrasher parties became a regular club night in 1997. By 1999, with resident DJ Paul van Dyk, it had become a national phenomenon, the spiritual home of trance, a sound dominating both clubland and the charts. It was Mitsubishi insanity, made all the more colourful by the regulars: the cyber-kids, dummy-sucking, spike-haired, pupil-popped nutters in fluoro gear. The venue burned down in 2007 and is now being developed into student flats with a courtyard shaped, in tribute, like a pair of decks. 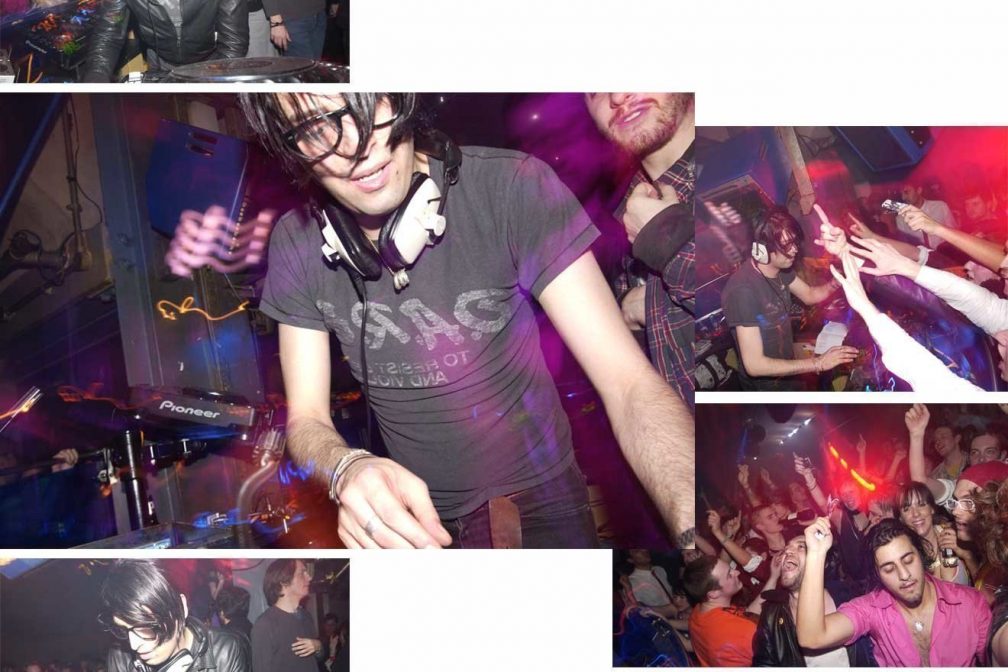 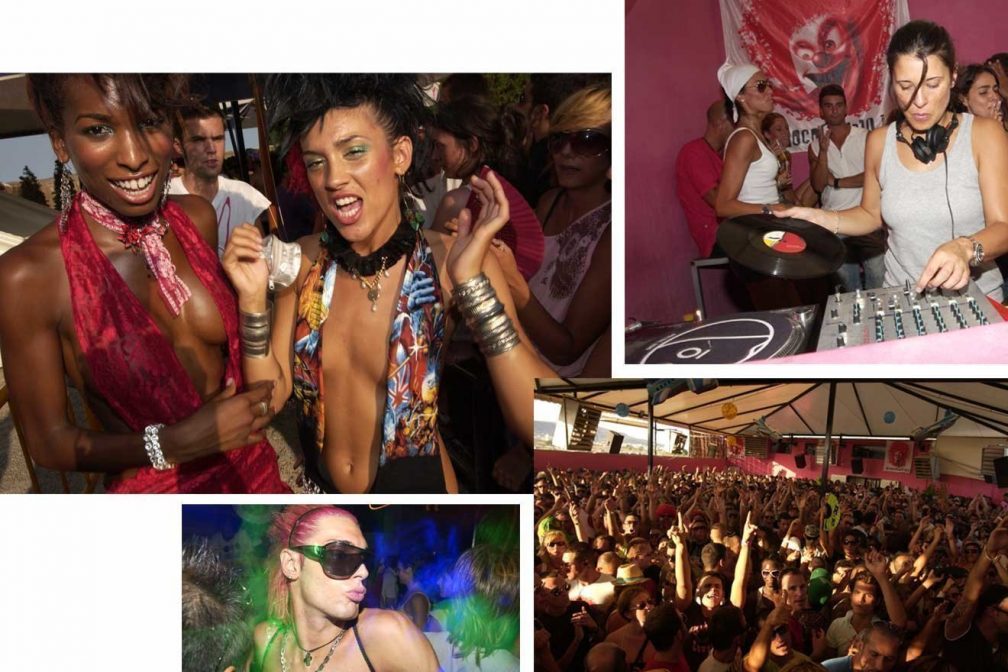 DC10, Ibiza Jamie Jones, Seth Troxler, The Martinez Brothers, Davide Squillace, Tale Of Us, Laura Jones, Visionquest, Luciano: the list of 2015's top DJs inspired by CircoLoco at DC10 is a very long one. It's the club whose freedom, decadence and, most of all, music put minimal on the map, that made Ibiza, and, arguably, techno, tech-house and house, 'cool' again. Circo Loco set a template, inspiring a whole generation of club promoters, from the Below crew in Birmingham to Ketoloco in Leeds, try to recreate in their own backyard what they'd experienced in Ibiza. Aside from perhaps Berghain, no other modern club has had such an influence on the way we dance today.

London and rest of UK Wiley launched the Eskimo Dance while still a rising vocalist/producer back in 2002. The rave brought together the fiercest and finest DJs and MCs on the scene and the first one was a rowdy affair in North London, with Dizzee Rascal, Tinchy Stryder, D Double E, Flow Dan, Donae'o, Crazy Titch and many more in attendance. Eskimo Dance continued until 2006 and was the place to see and feel the electrifying atmosphere of one of the most crucial sounds the UK has produced. Named after Wiley's defining 'Eskimo' riddim and his grime subgenre eskibeat, the party's legacy simply adds to his Godfather status. In 2012 it got a reboot and still happens regularly in London and across the country. 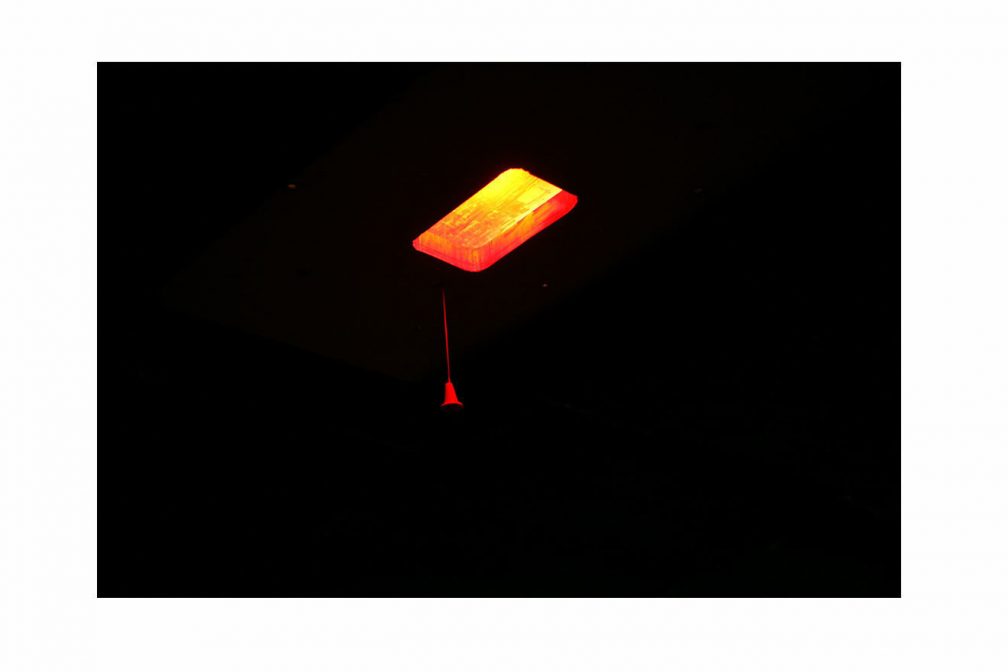 Plastic People, Curtain Road, London (later Dance Tunnel, Kingsland Road) Ah, dubstep, so much to answer for. Its initial innovation is perhaps now forgotten amid bro'-step's EDM co-option. Rewind to 2001 and it was new, innovative digital dub, created by a tiny coterie of producers in Croydon and Bristol. It needed a showcase outlet and pirate station Rinse FM was up for promoting it. Where better than the 200-capacity Plastic People with its lethal sound system that DJs such as Mala, Benga, Skeam and Kode9 used to broadcast a style that would eventually eat pop. 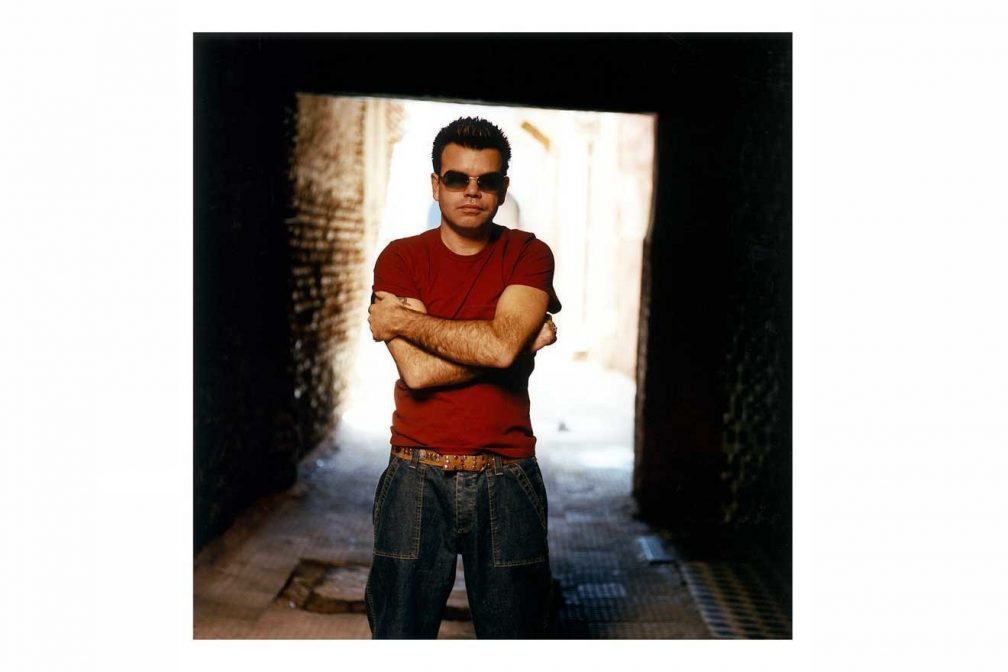 Rain Club, The Palms, Flamingo Road, Las Vegas Long before the EDM explosion, Paul Oakenfold had US success with his music. His Perfecto residency between 2008 and 2011, however, heralded America connecting with dance culture at a whole new level. In a 3000-capacity venue, it was tailored specifically to do so. After entering through a glitzy gold-mirrored mosaic tunnel, clubbers were treated to a full-on show with 75 circus performers, mind-boggling visuals and, for VIPs, booths in the sky or banquettes filled with water.

Various venues in London Revolutionising the way we club in London - and indeed the UK - Secretsundaze ripped up the established paradigm of the '00s by eschewing the capital's superclubs for unusual locations, swapping Saturday night for Sunday afternoon, and being absolutely uncompromising in its music policy. The wave of minimal techno that worked as an aural colonic irrigation after the excesses of post millennial dance music; the explosion of warehouse-style clubbing in London and beyond; the down-to-earth demeanour of Berlin and Detroit underground stars visiting the UK; in fact, the 'underground becoming the overground': it can all be traced back to the runaway success of Giles Smith and James Priestley's baby.