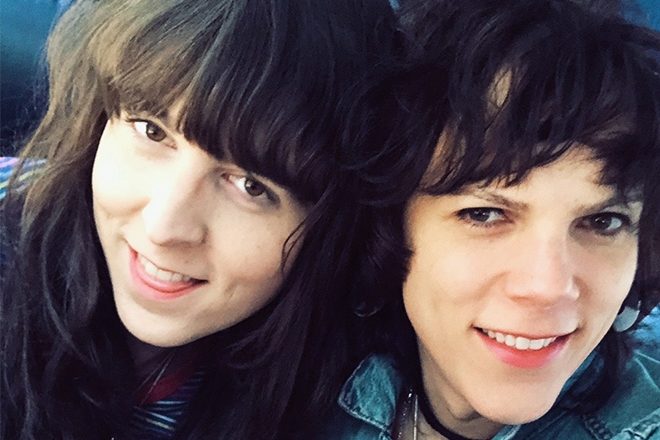 Taking their love vibrations to a whole new level, Octo Octa and Eris Drew have announced the launch of their very own music label, T4T LUV NRG.

Octo Octa is a member of Mixmag and WAV's Magnified program and secured the number 16 spot in Mixmag's DJs of the Year round-up in 2018. Her partner in crime, Eris Drew, continues to make a name for herself as one of the scene's most talked about selectors - releasing a selection of electrifying mixes and wowing crowds at clubs and festivals all over the world.

Following the release of their split EP 'Devotion' on Violet's Portuguese imprint Naive Records, the pair embarked on a US winter tour back in January under the same name of their new music label as a way to bring more visibility to trans for trans (T4T) partnerships behind the decks.

Founded on their love of "DJ culture, nature, magic and each other," T4T LUV NRG kicks off today with a mixtape by Eris titled 'Raving Disco Breaks Vol. 1', which will be followed by a double 12-inch album by Octo Octa.

A limited run of Eris Drew's new mixtape is now available for purchase on Bandcamp with all profits going to the Sylvia Rivera Law Project (SRLP). The SRLP works tirelessly to guarantee that "all people are free to self-determine their gender identity and expression, regardless of income or race and without facing harassment, discrimination or violence."

Listen to 'Raving Disco Breaks Vol. 1' below and purchase the mixtape on Bandcamp here.