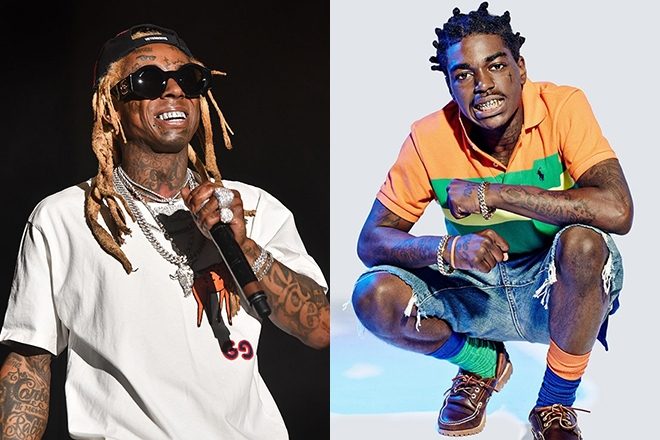 Lil Wayne, who publicly supported Trump prior to last November’s presidential election, had pled guilty to possession of a firearm and ammunition by a convicted felon, owing to a conviction more than 10 years ago.

Just had a great meeting with @realdonaldtrump @potus besides what he’s done so far with criminal reform, the platinum plan is going to give the community real ownership. He listened to what we had to say today and assured he will and can get it done. 🤙🏾 pic.twitter.com/Q9c5k1yMWf

The White House statement on pardoning Lil Wayne, real name Dwayne Michael Carter Jr., said: “Mr. Carter has exhibited this generosity through commitment to a variety of charities, including donations to research hospitals and a host of foodbanks.”

Kodak Black and Harris were in the midst of prison sentences. The former, real name Bill Kapri, was sentenced to 46 months in prison for making a false statement on a Federal document and had served nearly half of his sentence. The false statement was indicating that he was not under idinctment while attempting to buy firearms, during a time when he was out on bond for sexual assault charges relating to an incident in South Carolina in 2016.

The official White House statement on the granting of clemency to Kodak Black said: “Before his conviction and after reaching success as a recording artist, Kodak Black became deeply involved in numerous philanthropic efforts. In fact, he has committed to supporting a variety of charitable efforts, such as providing educational resources to students and families of fallen law enforcement officers and the underprivileged. In addition to these efforts, he has paid for the notebooks of school children, provided funding and supplies to daycare centers, provided food for the hungry, and annually provides for underprivileged children during Christmas.”

Read this next: Stevie Wonder to Trump: “It's a sad day when I can see better than your 2020 vision"

59-year-old Harris had served 30 years of a 25 year to life sentence for conspiracy to commit first-degree murder and drug trafficking charges.

Snoop Dogg had reportedly been campaigning for Harris’ release, brringing his case to the attention of Welden Angelos, a former hip hop producer Trump pardoned last year who had been sentenced to 55 years in prison for selling less than $400 marijuana to an undercover police officer.

Angelos reached out to Alice Johnson, a criminal justice reform advocate who was sentenced to life imprisonment in 1996 for drug trafficking and was released in June 2018 after having her sentence commuted by Donald Trump, prior to receiving a full pardon in August last year.

Johnson took the case to Trump, telling the Daily Beast: “The president knows how much this case means to me. In reviewing Michael Harris’ case, his story, and what he’s gone through, this is such an unfair case. … He should have been home a decade ago. I really felt for this man. I am very hopeful that he will be home before the end of the Trump administration.”

The official White Statement on Harris’ sentence being commuted said: “Mr. Harris has had an exemplary prison record for three decades. He is a former entrepreneur and has mentored and taught fellow prisoners how to start and run businesses. He has completed courses towards business and journalism degrees. Upon his release, Mr. Harris will have a meaningful place of employment and housing with the support of his family.”

Read this next: Public Enemy's Chuck D: “Donald Trump is an alien”

Other people pardoned include Trump’s former aide Steve Bannon and former Detroit Mayor Kwame Kilpatrick. Bannon was facing fraud charges and Kilpatrick had served seven years in prison for his role in a racketeering and bribery scheme.