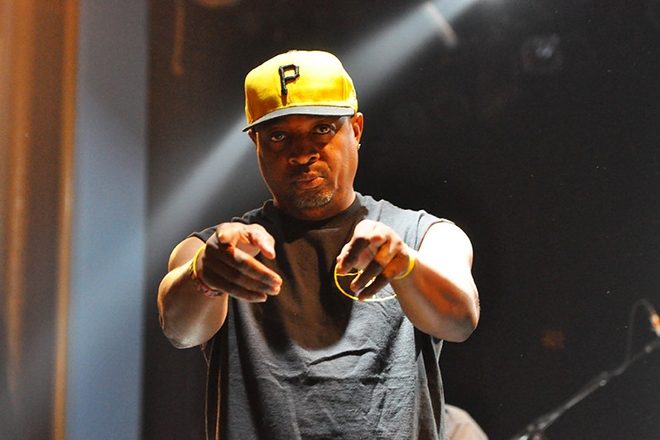 Speaking about the track, the US rapper said: “Our collective voices keep getting louder. The rest of the planet is on our side.

“But it’s not enough to talk about change. You have to show up and demand change. Folks gotta vote like their lives depend on it, ‘cause it does.”

It dropped alongside a video directed by David C. Snyder which you can watch below.

In a new interview with NME, Chuck D has expanded on his opposition to Trump and the need for activism in fighting racism.

He said: “Activism comes in the aftermath of citizens being shown time and time again that they have no power. People in authority can do anything they want and nobody checks them on it. It has hit a tipping point and people are done with authority being misinformative assholes. All around the world, people are like, ‘Fuck this shit – I can’t get no clear answers’.”

Speaking about the Black Lives Matter movement, he said: ““I like the fact that this is what you consider to be maybe a leaderless movement forwards. A leaderless movement is getting a lot of things done because people are aggressively questioning their locale.”

On his issues with Trump, he added: “At my stage and age, my battle is with Trump – to look at this guy that I’ve known since the early ‘80s. I’m from New York and I’ve seen all his bullshit and the mind games that he’s played on the country and the world. He’s just got to go. Fuck waiting ‘til November. We’re trying to Nixonise this guy. We’re trying to get him to step down quick now. If the world can’t stand him and half the country can’t stand him, then why is he there?

“I think he’s an alien. There won’t be any animosity if he just fucking disappears and goes back to his casinos, his fake ass football teams, his bullshit hotels and his fake ass reality TV shows. But if he gets four more years, there will be animosity. He’s really irrelevant, but he’s not irrelevant when he’s the President Of The United States. The scary thing is that it’s not really him, it’s the 50million people who say, ‘Fuck it, we’ll vote for him regardless’. The voting system is broken, outdated and a lot of the time corrupted.

“I’m not even thinking about [the election in] November. He has to go now. We’re living in the present. He’s done so much fucking damage. He needs to look at himself, quit and go to wherever it is that 75-year-old people go.”

Chuck D also commented on the recent movement for tearing down statues, saying: “Having a statue up is a symbol of something, right? Taking them down is equally symbolic.”

Read the full interview at NME. Check the lyrics for ‘State Of The Union (STFU)’ below. 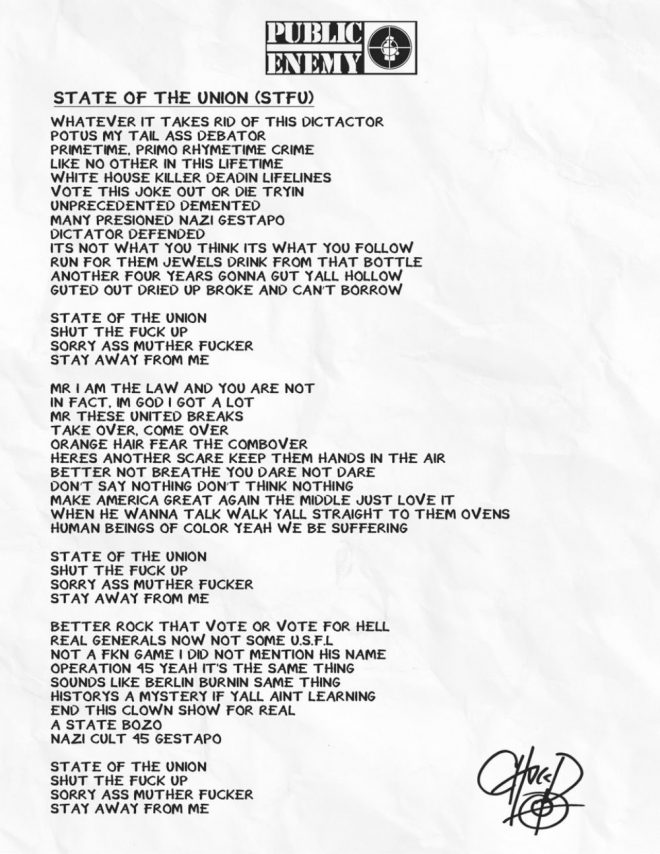