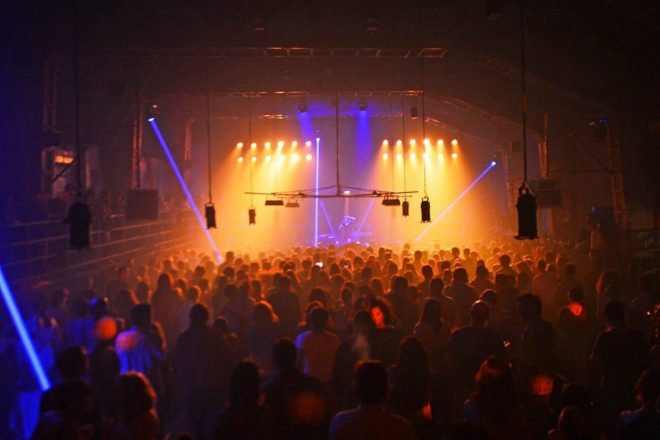 A new documentary on LGBTQI+ activism has been released online, focusing on the world-famous Tbilisi club Bassiani.

Peter van Langen created Midnight Frontier in 2019, the film had previously aired at big events such as ADE and is now accessible to see for free in an effort to highlight the prejudice many LGBTQI+ Georgians face.

The filmmaker has stated that he wanted to make this documentary to highlight the importance of nightlife and club culture to the fight for LGBTQI+ liberation.

Read this next: We went to Georgia to investigate the threat to the country's club scene

Midnight Frontier follows the stories of frontline LGBTQI+ activists and their relationship with the club, it narrates how they used Bassiani as a form of resistance against the abuse they received.

They describe how they were beaten by thousands of anti-gay demonstrators organised by the Georgian Orthodox Church during the International Day Against Homophobia.

Bassiani and its queer-focused Horoom Nights serve as a stronghold against homophobic violence.

Read this next: "Determined for change": Lilith. is driving Georgia's rave revolution

The club was raided by authorities on May 12, 2018, and the two owners were arrested, resulting in demonstrations.

Bassiani is regarded as one of the world's best techno clubs in the world, attracting tourists from all over the globe. Inside the club, photography is prohibited, and at the entry, bouncers place stickers over smartphones.

Speaking to Mixmag about the documentary, van Langen said: "The starting point of my project was based on how I experienced dance floors and how they helped me with my sexuality. Being afraid and unsure to reveal who I am, made me deal with uncertainty, stress and anxiety.

"These safer environments were the most important places for my coming out and personal development, and they still are.

"I hope this documentary can share the very important message of these activists. How with their unstoppable fight nightlife transcends hedonism and escapism. It become a platform to fight oppression and violence towards the queer community.

"Of course The Netherlands is not comparable to Georgia, but back here in NL the government often lacks any insights in what important roles nightclubs play in the lives of people. As a results we often lose clubs.

"Nightlife is not something to take for granted, it should never lose its connection with its history and importance for the queer community."

Midnight Frontier is now available to watch below.