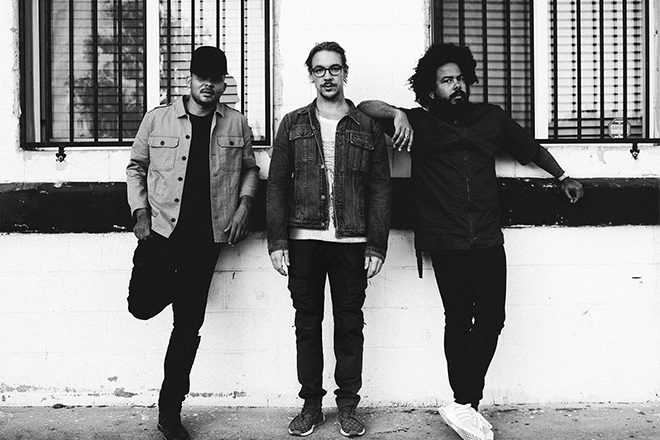 In a recent interview with Complex, Diplo confirmed that his Major Lazer project's forthcoming 2019 album would be the trio's last musical outing.

The Mad Decent boss teamed up with Switch in 2008 to create Major Lazer's tremendous debut 'Guns Don't Kill People, Lazers Do' - a groundbreaking LP that brought a new type of riddim to the electronic sphere. After Switch departed from the group in 2011, he was replaced by both Jillionaire and Walshy Fire - both of whom brought new elements of reggae, dancehall, soca, moombahton, and house to the group's musical output.

The trio's 2013 LP 'Free The Universe' and 2015 album 'Peace Is The Mission' released major hits - such as 'Cold Water' and 'Lean On' - and called upon some of the biggest names in pop and hip-hop, including: Snoop Dogg, Pusha T, Ellie Goulding, and Ariana Grande.

Since then, Diplo has taken on a multitude of new musical designs, including his new Silk City Project with Mark Ronson and his trio with Labrinth and Sia, LSD. Because of these new endeavors, Major Lazer seems to have taken a back seat.

In his conversation with Complex, he goes on to cite the rapid-pace of the music industry as being one of the reasons behind the projects disbandment.

"Music is so fast nowadays," says Diplo. "It’s like we’re in a hip-hop cycle all the time; a new rapper comes out and careers last like two years these days. Everything is so rushed, so we’re just so lucky we can get things out on the radio these days. Next year marks our last album," he explains, "so we got a lot of stuff in between now and then."

When asked if he was truly confirming that Major Lazer's next album will be the group's last, Diplo told the publication: "Yeah, I think so, because I got [these] other side projects, like LSD with Sia and Silk City."

Next year will also see the release of a commemorative Major Lazer compilation that will honor a decade of making music under the moniker that will feature tons of unheard material.

Major Lazer recently released an ‘Afrobeats’ mixtape featuring some of the music they will be releasing on an Afro-centric EP before their final album next year. Check it out below.