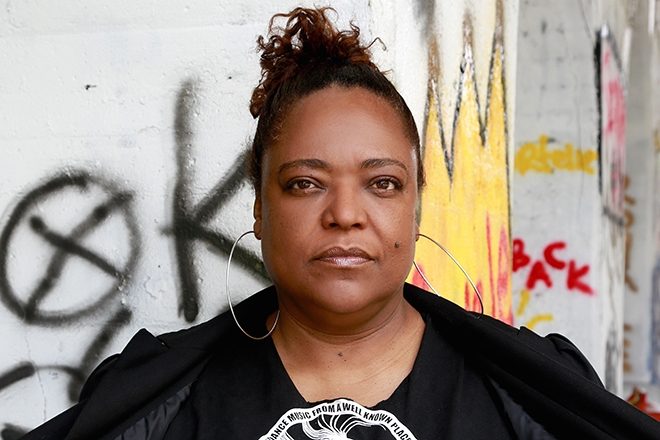 A spokesman for the Wayne County medical examiner has reported that her cause of death was related to arteriosclerotic cardiovascular disease, which can restrict the flow of oxygen to the heart.

The born-and-raised Detroit pioneer is one of the most influential artists in dance music history, with her career spanning more than three decades and producing numerous impactful releases and sets across the globe.

In 2017 she was officially recognised as ‘The First Lady of Detroit’ in her awarding of the city’s Testimonial Resolution certificate, which referenced her notable "skills within a male-dominated industry."

Her formative clubbing experiences took place at seminal spots such as the New York City’s Paradise Garage and Chicago’s Music Box, where she would witness greats such as Larry Levan, Sylvester and Loleatta Holloway in their heyday.

In 1990 she founded the label UK House Records, minting the imprint with a four-track EP titled ‘Think About It’ from her Etat Solide alias. It showcased four mixes of the title-track, spanning bright and jacking sounds to the rawer end of the techno spectrum.

The liner notes to ‘Think About It’ pay ‘special thanks to Underground Resistance’ after Jeff Mills, Mike Banks, Mike Clarke and Robert Hood all visited her home during its creation, and Clarke and Hood assisted in the mixing and engineering.

Later that year she renamed the label Acacia Records after a street in Detroit, and grew it into an essential outlet for house and the developing sound of techno during the genre’s ‘second wave’.

Acacia put out many of her own solo releases over the years, as well as collaborations with Claude Young under the moniker Rhythm Formation, and music from artists such as Wamdue Kids, Hiroshi Morohashi and Davina Bussey, vocalist on Mike Banks-produced classic ‘Don’t You Want It’, under her Marie Divine alias.

K-Hand also released across labels such as Warp Records and !K7 Records, who put out her full-throttle ‘Global Warning’ EP and debut album ‘On A Journey’ across 1994 and 1995 respectively. Further music came out via imprints such as Tresor, Distance, Ausfahrt, трип, and more.

Her music was revered for its mastery of rhythm and percussion, and ability to traverse soulful, minimal and acid-infused harder sounds.

A number of artists have paid tribute to K-Hand, including Alan Oldham, MoMA Ready, Rolando, rRoxymore, and Olive T, who noted: “big for me to first come across k-hand because the output, the sound, a black woman producing it”.

Octave One wrote: "So sad to hear about the passing of Kelli Hand. Our Detroit Sista will truly be missed. Deepest condolences to all her family and friends. We keep losing our musical family folks. Look deep in your heart and love one another."

Mike Servito wrote: “Mad respect for Kelli Hand. We finally met in London of all places a few years ago. Those Acacia records; she was pioneering! You leave us with an inspirational Detroit music legacy. Thank you. Rest eternal, K-Hand”.

Eris Drew wrote: "Kelli Hand always treated me with kindness. She was super fun. I got to play after her at Tuf in 2017 which was an honor. She ripped up that party & played so hard. I loved randomly seeing her on the road after. I have a lot of respect & will miss her. RIP you legend."