Getting a slot at a big festival can make a DJ’s career. But for Mike Servito, it was missing out on one that did him the world of good.

“It was 2014 and I was disappointed I didn’t get booked for Movement,” he tells us when we meet in Brooklyn. “I remember feeling like, OK, no festival booking? Well, I’m going to play every afterparty that matters, and every set is going to be unique, and no-one’s gonna stop me. I’ll be damned if people walk away from this weekend not hearing me play.”

One of those afterparties was the annual, legendarily psychedelic No Way Back throwdown, hosted by the Bunker and Detroit’s techno- and electro-oriented Interdimensional Transmissions label. Servito’s set, a riotously sweaty bleeps-and-beats session, was later posted online, eliciting a slew of comments along the lines of “Loooosin’ my mind” and “I mean. Jesus Christ. What a mix!” The set eventually garnered a nod as the No 1 online mix of the year in one popular poll. 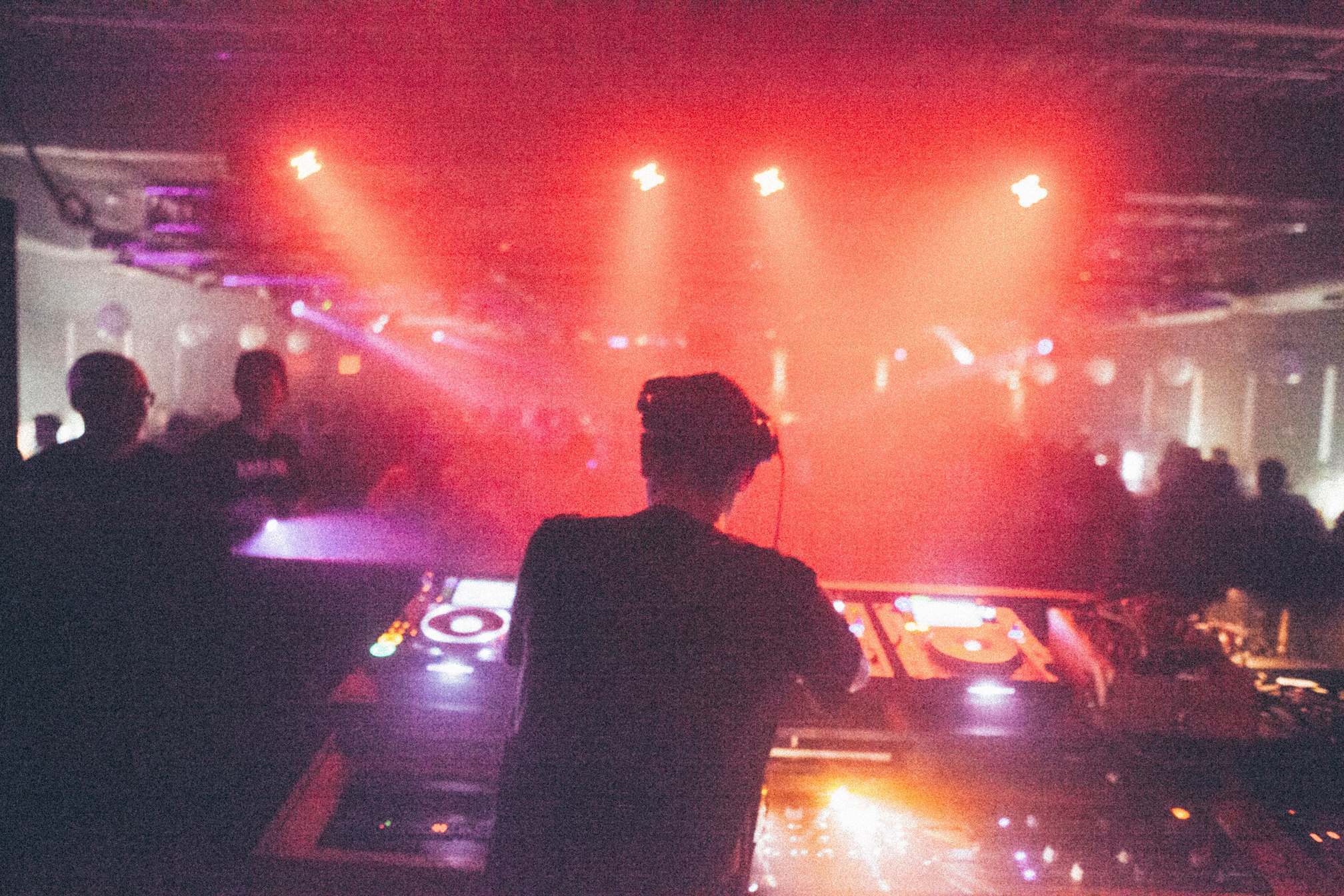 While Servito’s name has certainly been more prominent since that 2014 breakthrough, he’d long been considered one of clubland’s semi-hidden secrets. He’s a DJ’s DJ, particularly in his native Detroit area and his adopted home town of New York, where he’s a resident at the long-running Bunker Bash. Lately, though, the wider clubbing world has fallen hard for his raucous, body-jacking sets, which draw from classic forms of house, acid and techno while still sounding utterly of the moment. In early 2013 he was working his magic at the grimy warehouse down the block or the sweaty basement around the corner; now, it’s Brazil one weekend, Europe the next, then off to Australia, playing the sort of heavy-duty, high-profile events that landed him the ninth position on Mixmag’s Top 20 Breakthrough DJs Of 2016 list.

This week, Servito has a rare hiatus from road-warrior duties. We’re sitting in his home, an immaculately clean apartment on the border between Brooklyn’s Bushwick and Bedford-Stuyvesant neighborhoods. It’s sparsely decorated, one of its two bedrooms reserved for records. The minimalist feel extends to his dress sense as well, Servito dressed, as he often is, in a black T-shirt, dark jeans and his ever-present baseball cap. He’s 41, but could easily pass for a decade younger. In conversation, he’s thoughtful and softly spoken –warm, but a bit reserved, too, as if he’s mulling over each thought. “I’m certainly not complaining,” he says, when asked about the pressures that his recent acclaim has brought, “but it’s very difficult, especially because there’s this constant pressure to perform, to be at your best. Sometimes you come straight off a flight, drop your things off at a hotel and go right to a gig. It can be demanding.” As if to emphasise the point, he stifles a yawn. 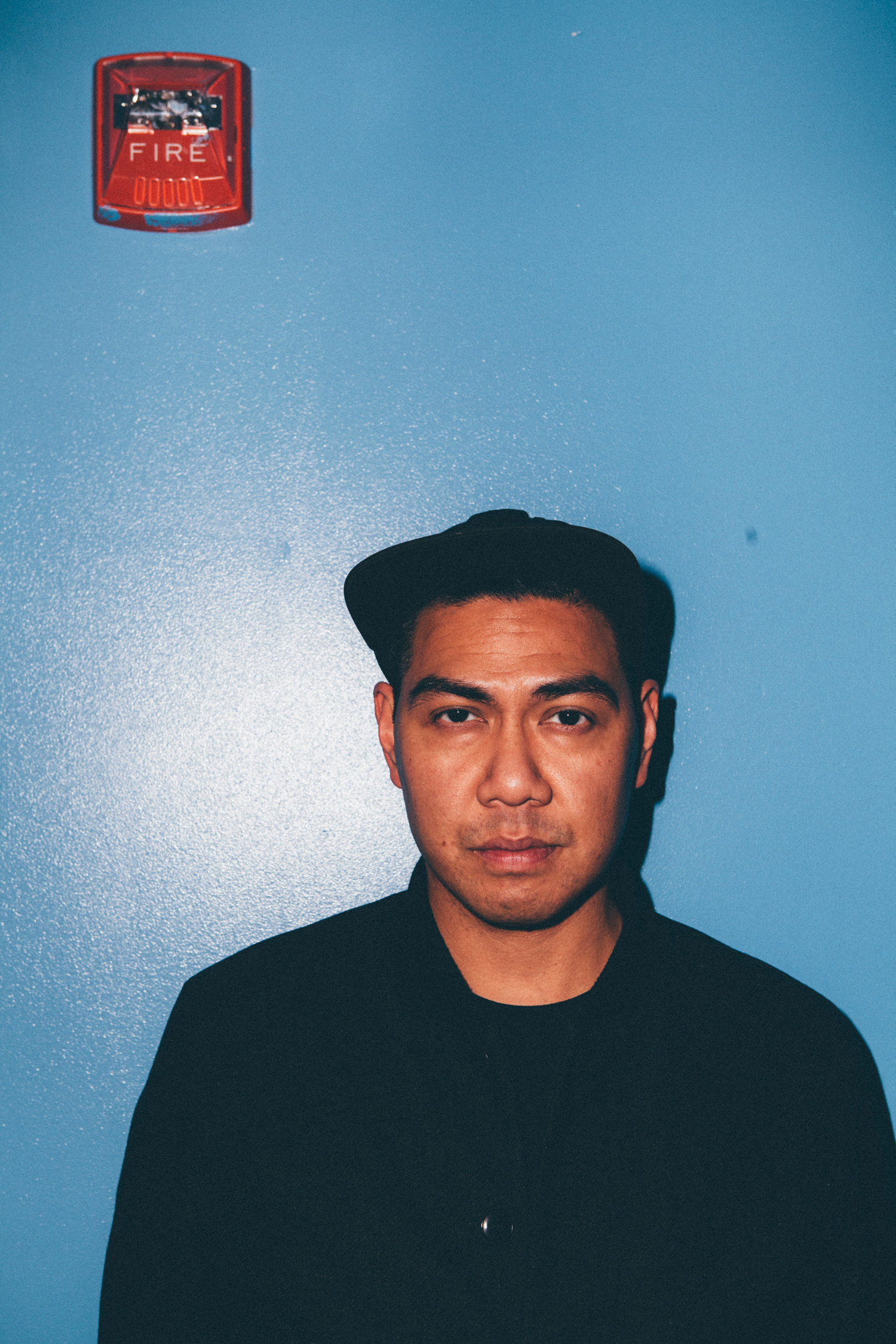 A few days later and it’s a very different Mike Servito on display. He’s playing at Analog BKNY, a relatively new addition to the New York scene, but one that’s refreshingly familiar in an old-school way: a mid-size, one-room, black-box of a club which happens to boast a phenomenal soundsystem. It’s an hour before he’s due on the decks, but Servito isn’t exactly chilling in the green room –instead, he’s flitting about in the crowd, a devilish grin on his face and a cocktail in his hand. “This is definitely going to be a fun one,” he says to Mixmag in passing, as he darts from one group of friends to the next.

He’s right. On the decks, he’s a bundle of taut energy, body-rocking to the rhythm while he works the mixer. He’s spinning a back-to-back set with his long-time pal Magda; still, it’s easy to tease out Servito’s contributions. Over the course of the set he cycles through cuts like Roman Flügel’s bleepy ‘Pattern 16’, Daniel Avery’s rubbery ‘Naïve Response’ and the stomping remix of Parris Mitchell’s ‘Computer’, selections defined by skeletal yet rugged four-to-the-floor rhythms with the next Roland TB-303 never far away. Magda, who’s based in Berlin but who also spent her formative years in the Motor City, has her hands full keeping up. This electrified version of Servito is 180 degrees away from the subdued, at-home variant. “I really don’t think about it,” he says, when asked about the dichotomy. “When I’m playing, I just dive in, and I’m OK.” 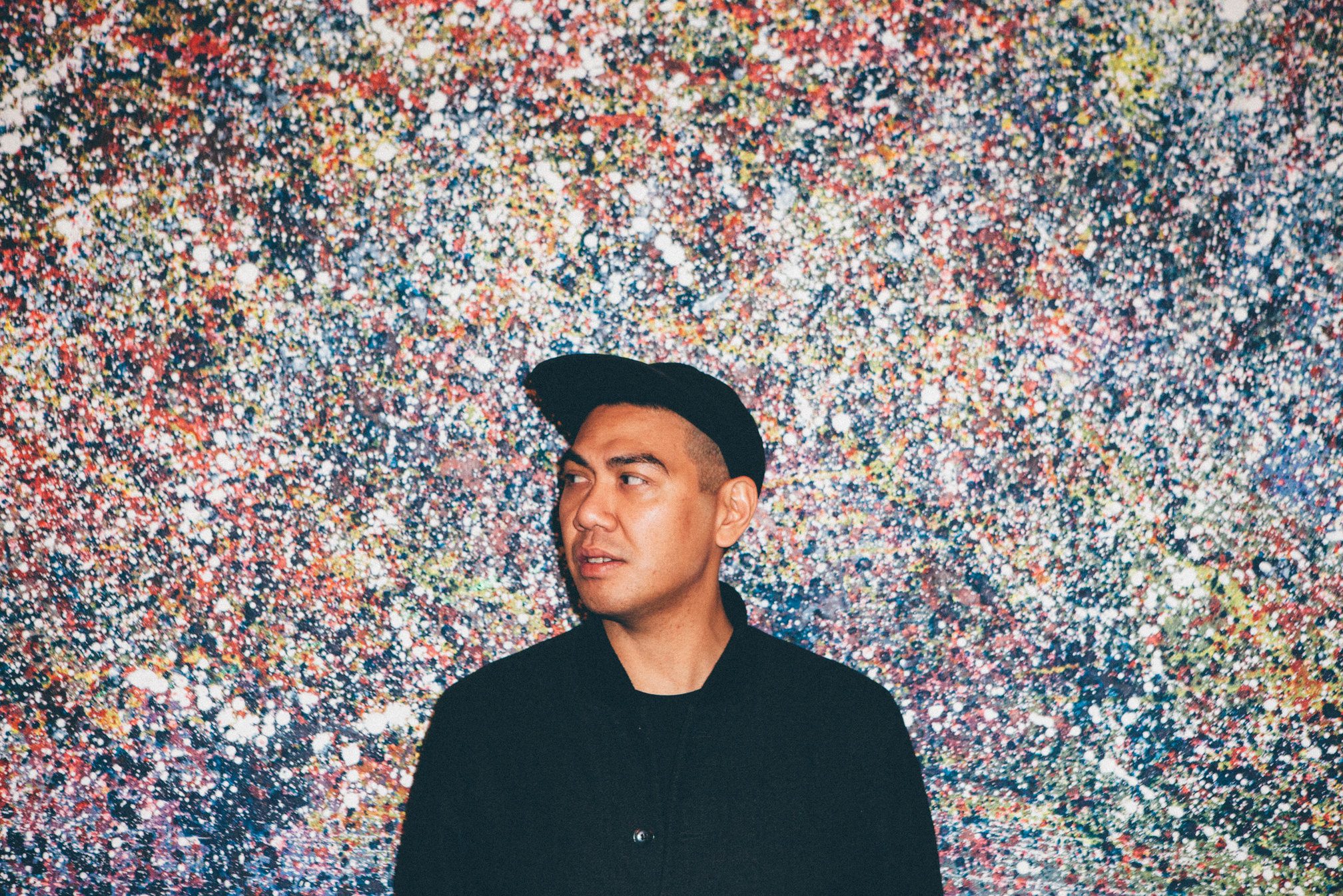 Servito’s made something of a side-line out of spinning back-to-back sets with good friends like Magda. He’s done so multiple times with pal Derek Plaslaiko, a fellow Detroiter who, like Servito, left for New York in the 00s and became a Bunker resident. (Nowadays, Plaslaiko calls Berlin home.) He’s tagged with Heidi, too – and perhaps most thrillingly, with Mixmag’s 2016 DJ of the year, Marea Stamper, aka The Black Madonna. “I just think it’s fun to play with your friends,” he says matter-of-factly, of the appeal of tag-teaming. “All of those people who I play with, we all have an understanding for the music and for each other.” Stamper agrees: “I really enjoy playing with Mike because we share a musical language and a set of experiences,” she says. “It lets us get in each other’s heads. It’s just a joy to share that space with him.” Magda feels the same way. “It’s a blast playing with Mike,” she says. “We can follow each other well, which isn’t always easy to do. But with him, it always clicks.”

Servito’s ability to make those musical connections stems from a lifetime steeped in dance music. Growing up outside of Detroit, he was an avid radio listener, tuning into The Electrifying Mojo and The Wizard (aka a young Jeff Mills). The electronic rhythms featured in their shows fascinated Servito. “That outer-space, future kind of thing always appealed to me,” he says. “I was obsessed with space Lego, and the music soundtracked that for me. I was automatically drawn to that sound.” Prince was another touchstone. “The sound of the LinnDrum [iconic 80s drum machine], that really caught my ears.” 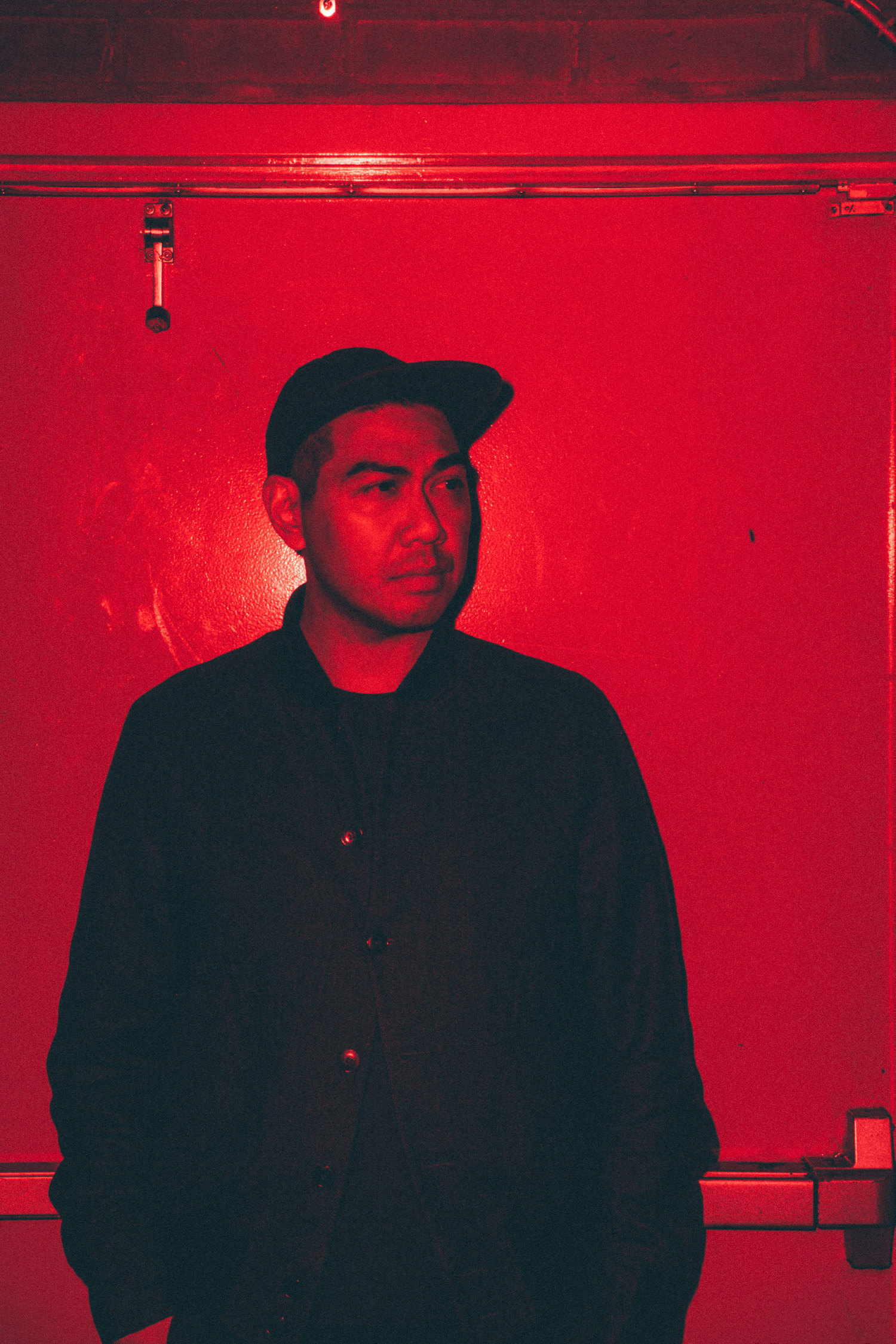 By the early 90s, the DJing bug had kicked in. It takes a certain amount of chutzpah to even think about spinning in public in the DJ hotbed of Detroit, even after years of practice – and Servito didn’t even own a mixer, and only one lone turntable. “I was just kind of cocky about it; I knew I could do it,” he says, laughing. “My friend Dat Duong was throwing this party called Poor Boy, and he was the first guy who put me out there. He just said, ‘I want you to play’ – and he had me playing a lot. It was a blessing, especially since I had never practiced. I would basically just put these records that I liked in the bag, and hope for the best.”

Those hopes came to fruition, and Servito quickly became a regular on the Detroit circuit. The culmination came in the early 00s, when he fell in with the then-nascent Ghostly International crew via a resident at the much-beloved Untitled, a weekly throwdown that also featured Matthew Dear, Tadd Mullinix, Ryan Elliott and Plaslaiko on its line-up. Yet even with that success, wanderlust was kicking in. “I was 33. I felt like time was ticking and if I didn’t leave Detroit at that moment, a window was going to close,” he says. “But I didn’t have any real plan. I didn’t even know I was going to be a DJ in New York. I never asked anyone for gigs. Finally, a few came to me.”

Some of those offers came from Bunker boss Bryan Kasenic, who eventually installed Servito as one of the party’s residents. “At that point I wasn’t thinking that Mike was going to be a big international DJ,” Kasenic recalls. “We just basically needed another DJ. People really liked him… but I wouldn’t say it was full-on Servito-mania at first.” 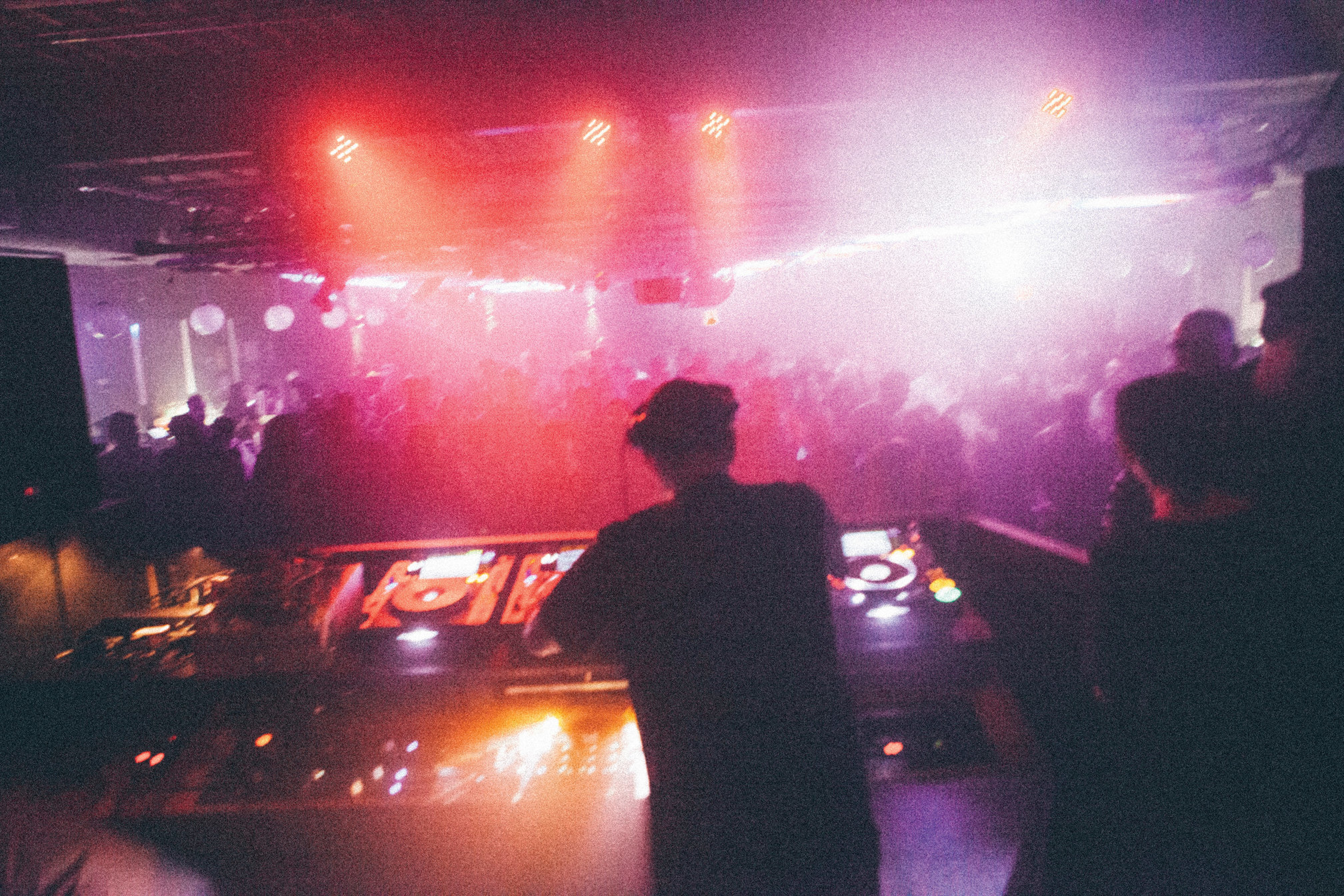 Then came the Movement moment – and that mix. “You know, when I first heard that mix, I didn’t love it,” Servito says. “I knew it was good at the party, but I didn’t think it resonated the same way as a recording. But it was the turning point for me.” That’s an understatement. The set’s reception – and the increased confidence that came with it – propelled Servito to the point where he now plays at places like Panorama Bar, and at festivals like Dekmantel and, yes, Movement.

The next step for Servito, other than non-stop gigging, is production. This past spring he remixed Justin Cudmore’s ‘Crystal’ and released on the Honey Soundsystem label; almost shockingly, it was Servito’s first production to hit the shops. “My strong point is that I think I have a really good ear,” he says. “The technical stuff… I’m still taking baby steps with that. Getting sounds to do what you want them to do is tricky, and that can be frustrating. But I don’t think this is the finish.”

He’s talking about studio work, but it’s a reminder that after two decades behind the decks, it was only a few years ago that his DJ career really kicked into high gear. “You know, I don’t think I’ve even really started,” he says, his weariness finally seeming to fade away. “But this is a new chapter, and I’m really excited to see what happens next.” So are we.