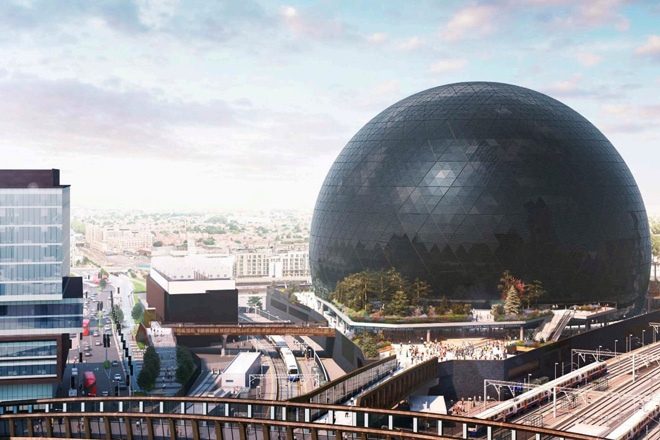 The designs have been revealed for MSG Sphere London, set to be the UK's largest concert venue.

Due to be built on a 4.7 acre site near the Olympic Park in Stratford, East London, the arena would hold 21,500 people (17,566 seated), making it marginally bigger than the O2 Arena in London and the Manchester Arena. Populous, the architectural team behind Wembley Stadium, will design the venue.

The planning documents for the Madison Square Garden Company building say the 120-metre wide, 90-metre high spherical structure will be clad in LED panels, of which will project imagery to the outside. There will also be an LED screen on the inside for immersive performances.

As well as the main concert hall, the building will include a 1500-capacity venue for smaller acts, a 450-capacity nightclub and restaurant, cafes and retail spaces.

Reservations have been filed by both Wembley Arena, arguing that there are already too many large-scale venues in east London, and local residents who say the building will cause issues such as blocking sunlight and traffic congestion.

Jayne McGivern, MSG’s executive vice-president of development and construction, said: “This is an opportunity to take an inaccessible coach park and use it to support thousands of jobs, and billions of pounds of economic benefit.”

When the venue was announced last year, Mayor Of London Sadiq Khan said: "From intimate grassroots music venues to spectacular arenas, London's buzzing live music scene is world-renowned. It’s great to welcome another world-class venue to the capital, to confirm London's position as a music powerhouse and to boost still further our city's thriving night-time economy."

See the proposed designs below. 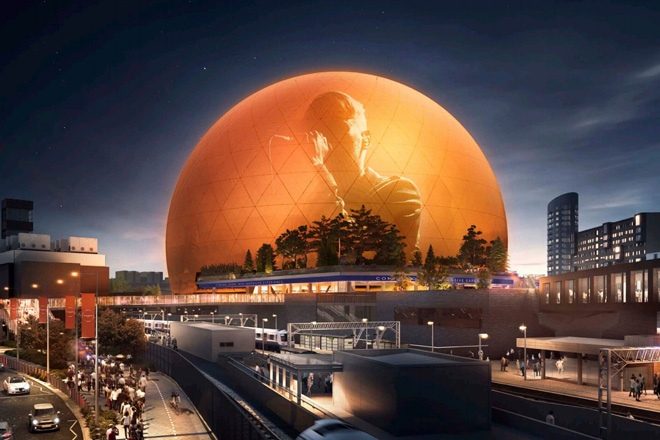 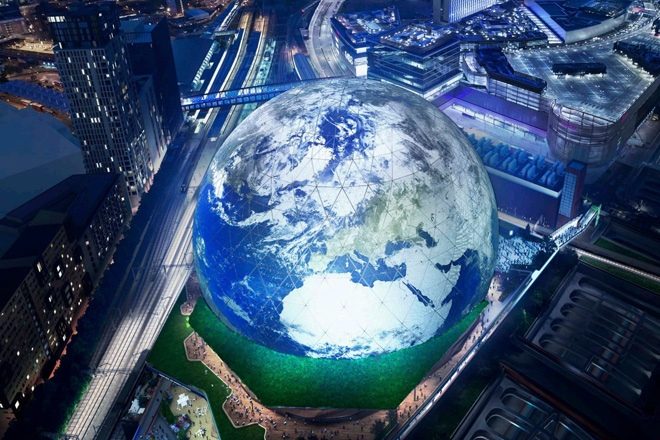