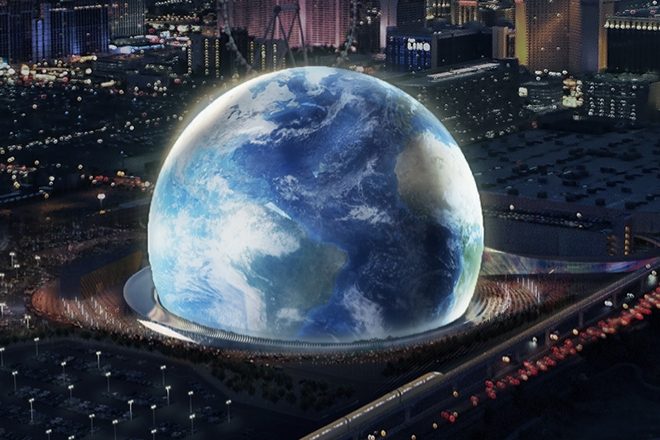 The Madison Square Garden Company (MSG) has revealed its plans for the construction of a mind-bending, sphere-shaped venue in Stratford, London.

Having already showcased its new, proposed venue for Las Vegas (pictured above), where it intends to create a similar 23,000 capacity arena, MSG is taking its project across the pond to challenge AEG and 02’s authority over the city’s arena events.

With 18,000 seats and room for 5,000 standing, MSG wants to build its futuristic “MSG Sphere” on a five-acre, $60 million piece of property on the grounds of London’s Olympic Park. With a towering height of 320 feet, the venue plans to become a global destination for live music events. When asked about the proposed venue’s advantages over its competition, MSG's executive vice president for development and construction Jayne McGivern explained that the technology going into the venue’s interactive listening and viewing experience will be “absolutely game-changing”.

Commenting on the arena, London mayor Sadiq Khan gave the plans his blessing and went on to praise the city's music scene. "From intimate grassroots music venues to spectacular arenas, London's buzzing live music scene is world-renowned. It’s great to welcome another world-class venue to the capital, to confirm London's position as a music powerhouse and to boost still further our city's thriving night-time economy."