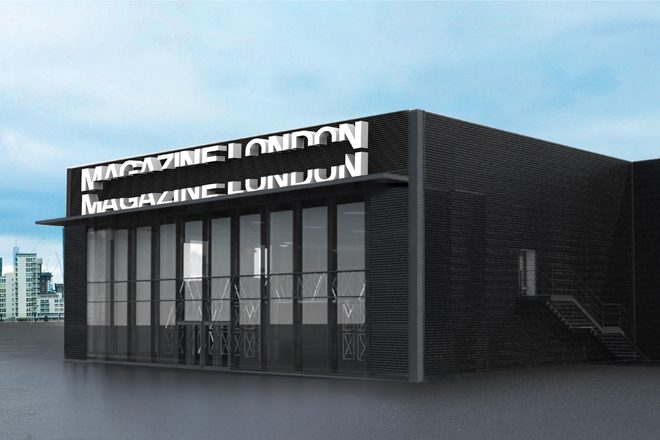 A new 3000-capacity venue is opening in the heart of Greenwich Peninsula in South London in 2019.

The event space will be called Magazine London. It has been conceived by Vibration Group company Venue Lab, creators of Printworks London and Landing Forty Two.

Construction will start in December with the launch scheduled for next summer. The 5394 square metre space is being built from the ground-up, and will be capable of hosting a range of concerts, conferences, exhibitions, product launches, parties, award ceremonies and dinners.

Design was handled by architecture studio Nissen Richards, who counts the V&A Lecture Theatre and Seoul Opera House among its portfolio. The branding was created with Carter Studio, who worked on the F1 identity.

An outdoor space called Showground on the banks of the Thames with a 7,000 capacity adjoins the venue, providing a combined 10,000 capacity area which will suit festivals and outdoor gigs.

Vibration Group CEO Simon Tracey said: “London is still very much at the forefront of live events globally and Magazine, with it’s incredible flexibility both indoor and out, is ground breaking.”

International property and investment company Knight Dragon have partnered with Vibration Group on the venture. CEO Richard Margree said: “Magazine London fits superbly with what we’re doing on Greenwich Peninsula - creating a new London underpinned by creativity, a community with culture and entertainment at its heart.”

Head to magazinelondon.co.uk for further details.