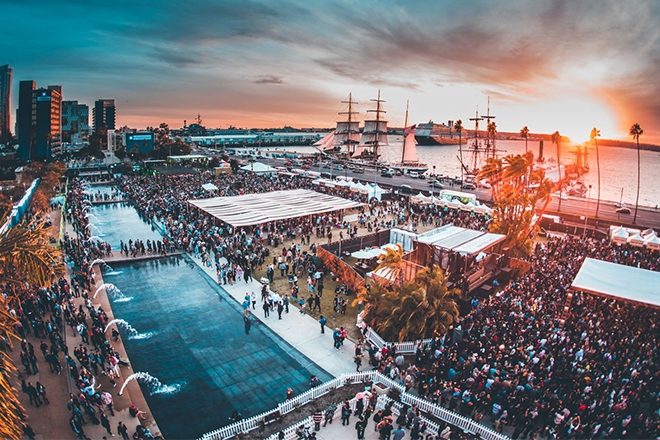 Back for its eighth edition, San Diego's CRSSD Festival has released the first phase of its fall 2018 line-up.

The bi-annual San Diego event has solidified its reputation as one of California's top electronic music occasions, taking place across the San Diego Bay Waterfront for two days of sunny house and techno bliss. Continuously developing their commitment to bringing top-notch electronic acts to Southern California, the lineup for this year's edition is possibly its best to date.

Showcasing all various shades of house music, fans can expect to get down to acts such as Dusky, Anti Up (Chris Lake b2b Chris Lorenzo), AC Slater b2b Jack Beats, Claptone, Will Clarke, Thomas Jack, Darius Live and Detlef.

On the techno front, the festival will bring in hard-hitting and beloved artists like Nina Kraviz, John Digweed, Chris Liebing b2b Len Faki, Mind Against, Matador live, and Helena Hauff.

The fall edition of CRSSD 2018 will return to San Diego's Waterfront Park on September 29 and 30.

Tickets are scheduled to go on sale on July 3, 2018. Purchase them here.

Watch Mixmag's streams of The Magician, Hot Since 82, Claude VonStroke, ANNA and many more from CRSSD Festival here 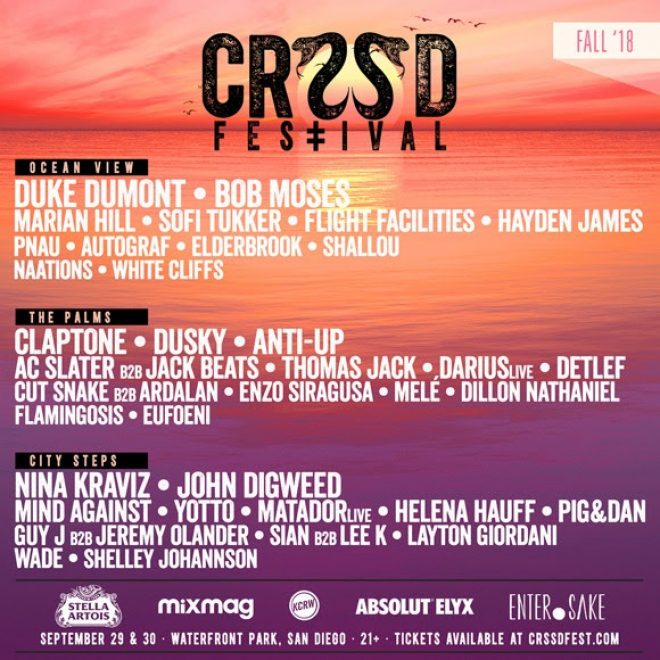