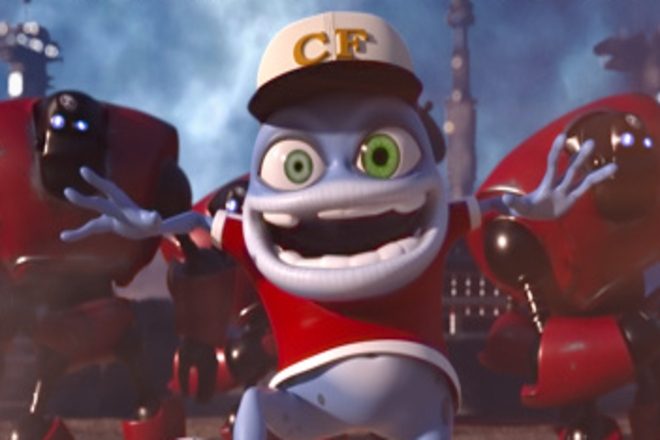 Crazy Frog is back with "balls-out banger" track 'Tricky'- with a music video that mocks the egos of Jeff Bezos and Elon Musk.

Following a hiatus in its career, millennial favourite Crazy Frog has made a return for the TikTok generation. The new track 'Tricky' dropped today, December 10.

The track reruns Run DMC's classic single 'It's Tricky' and the beat of Millie B's infamous Blackpool grime track 'M to the B' - two tracks which were highly popular on TikTok.

These samples are accompanied by the trademark "bing", "baa", "bee", and various other noises that the Frog is notoriously known for.

Read this next: Elon Musk has been made the 'Technoking of Tesla'

He is “an amphibian hand grenade tossed into the launch zone of the Bezos-Musk ego trip,” reads a press release. “An anarchic viral bombshell amid a billionaire’s playground.”

The video was directed by Sigfrid Söderberg and Andreas Wicklund, with original producer and president of A&R for Sony Music Wolfgang Boss also being involved in the project.

The Frog can be seen in his birthday suit in the video, with his genitals hanging. There is a 'clean' version available following the outrage from his hit 2005 single 'Axel F'.

Crazy Frog will be releasing a new album in 2022. Fans should also expect regular singles, music videos and a TV show.

Alongside releasing a new track and video, it has also been announced that a Crazy Frog NFT will be available to purchase on December 23 through METABEATS.

Watch the music video for 'Tricky' below.