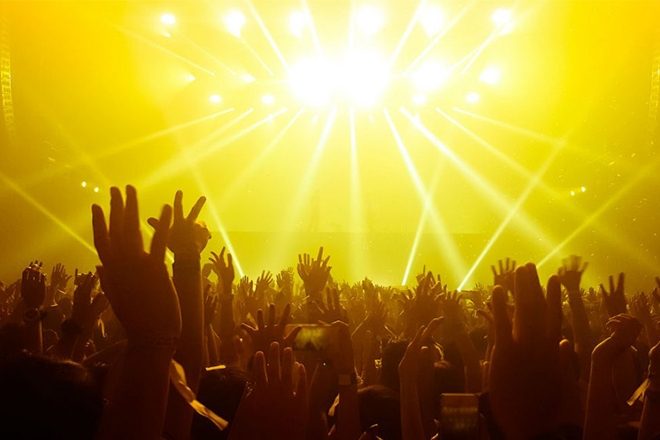 At midnight on July 19, clubs opened across the country for the first time since March - now marking 16 months since we last had the chance to party amongst hundreds of others.

But with COVID cases rising, now hitting around 50,000 newly infected every day in the UK, concerns over safety measures for the easing of lockdown restrictions are rampant.

Read this next: Thousands flock to midnight reopenings as clubs reopen for the first time in 16 months

While some clubs have taken steps to reopen safely with a means for testing and temperature checks -others appear to be waiting to see how everything pans out in the first few events. The government have given little advice on how to reopen safely - only urging venues to make use of the NHS COVID Pass, which logs negative tests, recent infections and vaccinations.

Across London, some of the biggest clubs gave instructions on their reopening procedure including fabric, who stated: “If you bring a negative test result from the last 24-48 hrs to fabric, you can enter through the priority queue. We will be doing temperature checks at the door and offer QR check-in at the entrance as well.”

Read this next: 10 DJs share their opening track for the return of clubbing

A spokesperson for the club also announced that other than encouraging attendees to take a test, they would also be providing hand sanitiser across the club and running their ventilation system at full capacity.

Over at Printworks, rules seem a little vague. On the club’s official website, it suggests that the club may enforce “the wearing of PPE, handwashing and sanitation measures, temperature checks, pre-attendance or on-site Covid-19 tests.”

Tottenham’s The Cause has announced a much more thorough set of precautions ahead of their opening weekend this week. “This week I am 100% opening The Cause, but I am completely perplexed as to what a f*cking mess our Government is leading us into and what is the right or wrong thing to do,” Derek, owner of The Cause posted on Facebook.

Read this next: The live music industry could return to pre-COVID earnings by 2025

Derek quickly followed up with the list of precautions that the club will be taking, which details his own experience with COVID. He asked for attendees to order lateral flow tests online, take a picture both before and after testing themselves no more than 12 hours before entering, and bring the test with them in a plastic bag.

Some clubs, however, won’t be taking the risk of reopening during the heights of COVID cases. Peckham’s CLF Art Lounge stated: “I think we’re opening even later than July 19, we just want to open as safely as possible regardless of what the government guidelines are.”

Read this next: "I'm 19 and never been clubbing": the pandemic is blocking a new generation of ravers

Heading up north, Sheffield favourite Hope Works are still in talks about the safest way to reopen. A spokesperson for the club told Mixmag that the staff would be consulted first, and their needs would be taken into account.

“We are discussing what measures to keep. It’s looking like we'll just keep things optional, and provide sanitiser stations and have clear signage systems in place. There will be optional mask-wearing with no capacity limits,” he said.

One of the few clubs to be taking on the government encouraged 'NHS Covid Pass' system is Manchester's The White Hotel. In an announcement on Instagram, the club specified their new rules:

"We ask that all ticketholders provide ONE of the following as a condition of entry: Proof of negative (-) Lateral Flow or PCR test within the past 48 hours if you've been double-jabbed bring your jab-card or cert."

A post shared by The White Hotel Presents (@m3_7lw)

The club is also accepting "proof of a positive (+) PCR test within the past 180 days" for those who have already had the virus and recovered.

In Leeds, nighttime hotspot Mint Club is also figuring out the best options. "We might ask attendees to take a lateral flow test before they enter,” said a representative for the club. “We’re really looking forward to reopening again, and we’ll be following all government guidelines."