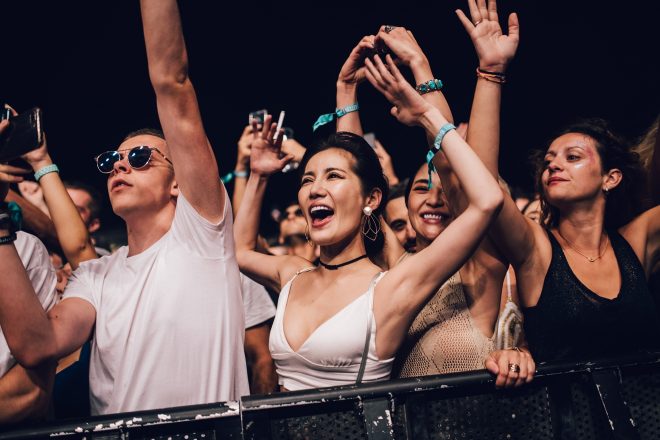 Yesterday, July 5, Boris Johnson addressed the public and confirmed the reopening of nightlife on July 19, which is now 100% positive to go ahead.

The date was scheduled but not yet confirmed, and after a pushback of the original restriction lifting on June 21, fears that a further postponement could be made was rife in the music industry.

As one of the last sectors to open, those working in the music industry have been in dire financial need after the closure of clubs and venues. Studies by The Night Time Industries Association (NTIA) revealed that one in four nightclubs would not survive another month without government support.

After the delay, the NTIA worried that the nightlife industry would ‘go extinct’. CEO of the NTIA, Michael Kill, reacted to last night’s news: “these are all very important steps that we have been campaigning for because they are the restrictions which have decimated the nighttime economy over the last 16 months.”

Elsewhere in the music industry, DJs and producers were ecstatic about the news following the decimation to their industry for well over a year. SG Lewis tweeted: “Nightclubs & events coming back. LET’S FUCKING GO”

Last night’s news came amidst a surge in COVID cases in the UK. Yesterday, 27,000 people tested positive, the most since December’s mass outbreak.

Despite this, death rates have plateaued and continue to level out, averaging at around 20 deaths per day this past four weeks as opposed to December’s 500 per day average. The positive advancements come after a rise in vaccination rates, which now sees over 50% of the UK population fully vaccinated.

London-based DJ SHERELLE shared her worries over the spike in cases as clubs begin to reopen in the coming weeks.

As much has its nice to be going back...

Please don't lose sight of the fact that cases are still going up. Please still be careful.

This all can still be taken away.

“As much as its nice to be going back...Please don't lose sight of the fact that cases are still going up. Please still be careful. Test urself before and after you go out.. This is the same gov that have allowed 120,000+ people to die...This all can still be taken away,” she said.

Following with a similar response, DJ and Purp & Soul founder Ben Pearce tweeted: “Removing all the restrictions really just means the government can blame the public, hospitality, nightlife, sports & whoever else if the cases/deaths surge again…”

On Sunday, June 27, protesters took to the streets of London to fight for the music industry and protest for the early return of clubs and festivals following a lack of government support.

Organised by Save Our Scene, who last night exclaimed on Instagram: "VERY good news coming out of Downing Street at long last”, the protest is thought to have pushed the government’s decision to reopen.

“This announcement is hugely important and provides the opportunity to revive live music. It does not, however, change the central mission or the importance of the word ‘safely’,” said Boris Johnson during last night’s press conference.

Plastician also spoke up following the news, saying: “people moaning about being in lockdown and then moaning that we’re reopening fully is peak English twitter.”