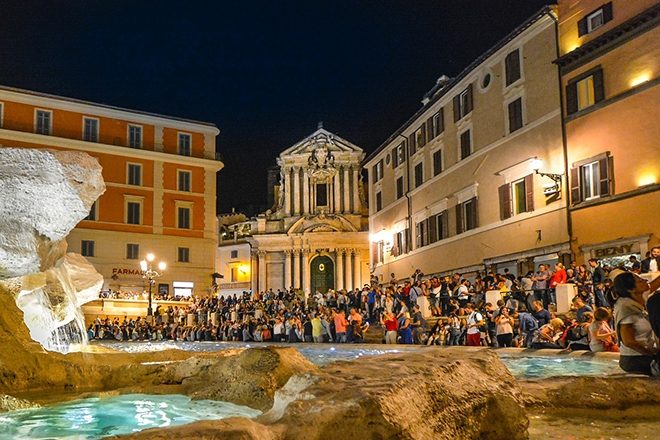 As of yesterday, nightclubs in Italy can now reopen at 50% capacity indoors and 75% capacity outdoors.

Last week, the Italian government unanimously agreed to allow for the expansion of cultural, sporting, and nightlife facilities. It was previously reported that nightclubs were set to open at just 35% capacity following comments from the Technical-Scientific Committee (CTS).

The new rules apply only to holders of the Green Pass, a digital or physical document that confirms persons have been vaccinated, tested negative, or recovered from COVID-19. They apply to 'white zones,' or regions with the fewest COVID restrictions (now most of Italy).

Read this next: 15 photos of Italy's abandoned nightclubs

According to news agency ANSA, the CTS announced on Monday that masks would be required and may only be removed while dancing.

Around 75% of the country's 60 million people have received at least one dose of the COVID-19 vaccination, and roughly 70% have received their second dose.

Read this next: An exhibition on techno has opened up in Italy

The relaxation of club regulations in the country coincides with a resurgence in a variety of cultural and leisure activities, including the ability for cinemas, theatres, and music venues to occupy all of their seats, rather than the existing maximum of 50%.

With the aid of the Italian government's council of public health advisors, restrictions have been relaxed. On Twitter, Culture Minister Dario Franceschini stated, "Finally, all cultural events are coming back to life."

Read this next: One dies, one born at 10,000 person illegal rave in Italy

Since the pandemic began in February of last year, Italy has witnessed more than 131,000 COVID-related fatalities, making it one of Europe's worst-affected countries.

The 50 per cent capacity was welcomed as "a beginning, a glimmer of hope" by the manager of the Praja nightclub in Gallipoli, Pierpaolo Paradiso, who told Italian news agency ANSA that the 75% outdoor capacity rule is not beneficial in the winter months "as we wait for the snow and not the sun."

The capacity limitations do not apply to nightclub staff, and all closed venues must have ventilation systems that do not recirculate air. Venues that do not comply with regulations will face harsher penalties.

[Via Wanted In Rome]