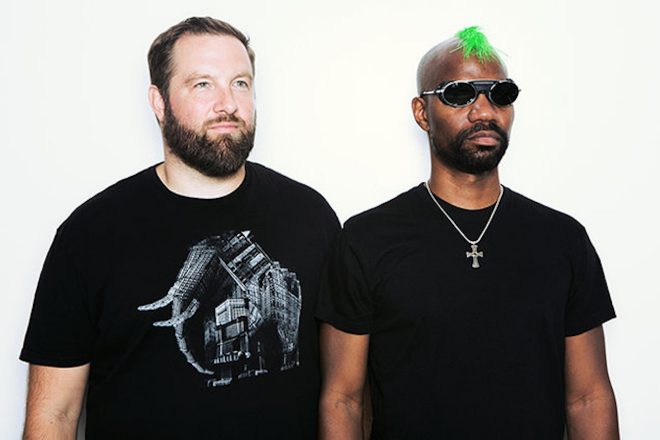 This summer Mixmag is teaming up with Drai's Beachclub in Las Vegas to showcase a series of performances live from The Strip's skyhigh oasis. Leading off is a stellar back-to-back session from two of house music's most sought after talents, Claude VonStroke and Green Velvet.

As the fearless leader of Dirtybird Records, which was named The Label of the Decade by Mixmag, Claude VonStroke is a guiding force pushing dance music into the future. With roots in Detroit and San Francisco, his influences are as diverse as his musical output suggests. Not just a purveyor of bumping house and techno, his Barclay Crenshaw project also lets him flex his hip-hop and psychedelic persona, which he discussed in an episode of Mixmag's On Rotation podcast. Clearly, his artistry knows no bounds.

On the flip side of this performance is Green Velvet, a Chicago house legend who needs little introduction. Initially under the alias Cajmere during the early 1990s, he became a prominent member of the budding house community with his iconic track 'Coffee Pot (It's Time for the Percolator)'. Since then he's delivered countless dancefloor bombs on labels like Relief Records, Dirtybird, Toolroom, Circus and many more.

View photos of the alluring atmosphere at Drai's Beachclub here.

Watch Claude VonStroke b2b Green Velvet's DJ set live from Drai's below and look for the next stream in this series coming soon.