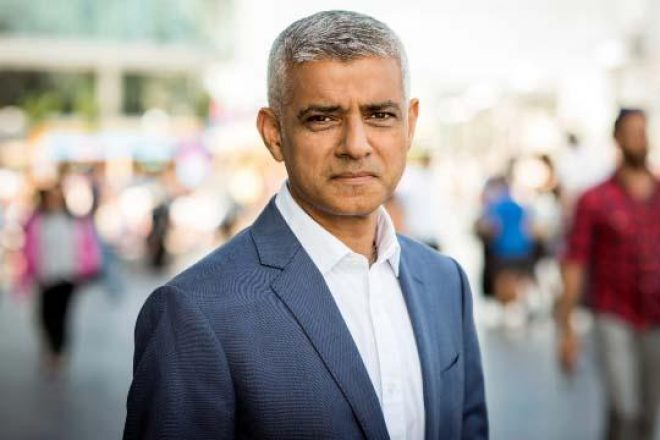 Some Class B drug offences could be decriminalised in London under a new pilot scheme being considered by Mayor Sadiq Khan.

According to The Telegraph, the London Mayor is planning to implement a new programme that would allow persons under the age of 25 who are discovered with Class B substances, such as cannabis, to be offered speeding course-style classes or therapy.

The inaugural programme would include the London municipalities of Lewisham, Greenwich, and Bexley.

Police officers will be instructed not to arrest young people who are found in possession of certain substances.

Recently, The Met Police have shared footage on social media of them swabbing people outside a venue in Shoreditch for drugs over the festive period.

The invasive operation is being done "to ensure the night time economy is a safe place for all," according to the tweet.

Read this next: Boris Johnson proposes stripping drug users of their passports

He also warned that middle-class users of 'lifestyle drugs,' like as cocaine, may lose their passports and driver's licences.

Boris said in December: "What we’re also saying is we’re not going to sit idly by when you have lifestyle users also using Class A drugs, and we’re going to be coming down tougher on them."

Just yesterday, Sadiq Khan retweeted a video shared by the Met Police where they stated that this year they would be "stepping up police presence" to tackle issues such as county drug line gangs.

Though it now reported that the London Mayor's new plan is expected to be unveiled this month, with Lewisham Mayor Damien Egan leading the charge.

According to research conducted by Volteface, a drug safety organisation that helped push this trial, police time would be better spent fighting major and violent crimes.

A copy of the report obtained by Mixmag states: "The scheme would be a multi-agency initiative.

"The blueprint for the scheme caters for young people who smoke cannabis recreationally as well as acting as a safeguarding mechanism for those with complex needs or multiple vulnerabilities".

The Telegraph reports that the strategy might be extended to all Class B substances, effectively decriminalising ketamine and amphetamines.

Read this next: Deaths due to drug poisoning in England and Wales reach record high

Previously, police and crime commissioners in Somerset, Durham, and the West Midlands have seen successful results with similar schemes.

The Volteface report says: "Whilst evidence bases and template models exist from successful existing schemes, it is crucial that this scheme is carefully designed and tailored to the needs of the Borough.

Quarterly or bi-annual meetings should be held between stakeholders to analyse the benefits and any potential negative consequences of the scheme."

A spokesperson for the Mayor of London told Mixmag: “The Mayor firmly believes that drug use, and its related crimes, are preventable and not inevitable. That is why his approaches to tackling these issues are rooted in deterrence and early intervention.

“City Hall is working closely with community groups across London, providing them with the resources they need to tackle poverty, alienation and a lack of opportunity so that they can help bring about lasting change in their local area.

“A core focus of this work is investigating various ways in which young people can be diverted away from low-level drug use by being better informed about its harm, and MOPAC is actively involved in discussions around this scheme.

“We know that we’ll never be able to simply arrest our way out of the problem, which is why we continue to work on schemes that provide young people with support and education, rather than simply putting them through the criminal justice system – with the aim of diverting them away from drug use and crime for good”.