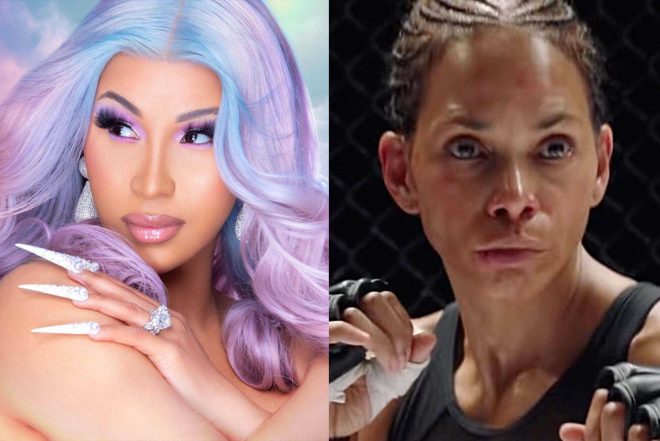 Cardi B and Halle Berry have curated the soundtrack for Netflix’s new boxing film, Bruised, which the pair co-produced alongside an almost entirely female cast.

Bruised will hit the silver screen on November 19 for one week only, then turning exclusively to Netflix on November 24. Directed by Halle Berry, the film also stars Berry who appears as a disgraced M.M.A fighter, marking her directorial debut.

Read this next: 7 foundation.fm DJs and collectives on the women and non-binary artists who inspire them

Talking to Variety, Halle Berry said: “I can’t wait to show it. I have to tell you, one of the things I’m most excited about is the title song that H.E.R. sang… and she killed it. So I can’t wait to share with everyone and am super excited.”

The soundtrack features six original songs made specifically for the film, including the new track ‘Bet It’ from Cardi, ‘Attitude’ from Saweetie, and ‘Tha Fuck’ from Latto.

Berry told Variety, “I realised that I can do what I want to do and found something I was passionate about. I love seeing these women of colour who are now writing, directing, producing – telling their own stories.

“It’s important because for so long, Black women have had their stories told through the eyes of White men. Now, we get to realize our own stories, and that is exciting.”