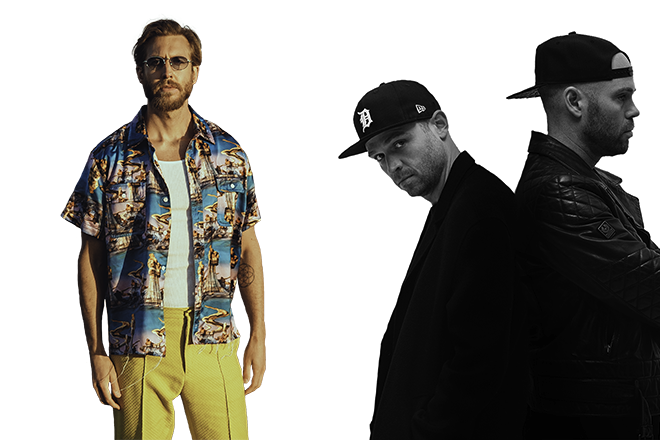 Solardo have teamed up with Calvin Harris under his Love Regenerator alias to bring two brand new collaborative tracks, ‘Rollercoaster’ and ‘All of a Sudden’.

Dropping today, ‘Rollercoaster’ is the next instalment of the Love Regenerator project just weeks after the release of his last collaborative single with Eli Brown, ‘We Can Come Together’.

The Scottish producer and DJ announced the new alias in January 2020 where he said he’d be releasing rave-focused tracks catered more to fans of bass-heavy dance music, taking a step away from his usual pop and EDM sound.

Read this next: Calvin Harris: "Some of the best producers in the world make EDM...face facts"

“I wanted to rediscover the way I originally began producing music 22 years ago before I ever thought about how it might be perceived by outside forces,” Harris said in 2020 when he launched the new project.

“Just pure fun and experimentation with what sounded good to me. The records are inspired by early rave, breaks, techno and house, the music I was obsessed with growing up,” he added, saying that he tried to make the new tracks sound like they’d “come from a 1991 time capsule”.

Read this next: Solardo: "We don't want people to think we're some one-trick tech-house pony"

Now, teaming up with Mancunian duo Solardo to produce two brand new singles, Harris leans into his house persona on the title track ‘Rollercoaster’, a fast-paced, dancefloor-ready vocal track featuring a boisterous acid bassline. It's built around a sample of '70s R&B/funk tune 'Love Rollercoaster' by Ohio Players, which was covered by Red Hot Chilli Peppers in the '90s.

The second track, ‘All of a Sudden’ takes influence from Harris’ aforementioned '90s rave devotion. The room-filling tune came alongside ‘Rollercoaster’ on the two-track single release today, September 17.

Watch the music video for ‘Rollercoaster below, and listen to 'All of a Sudden' here.