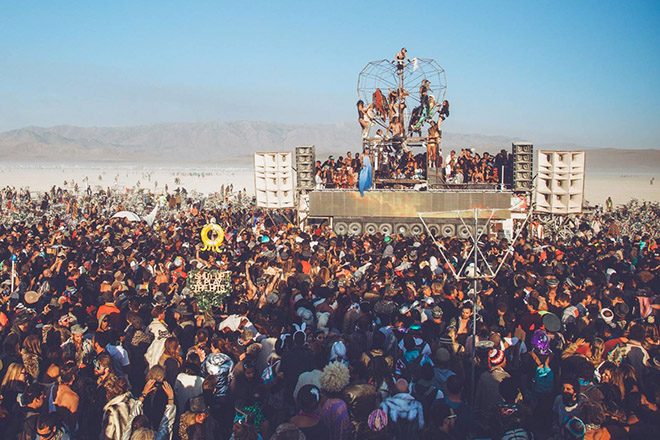 In an effort to keep the Black Rock Desert clean during and after Burning Man, event organizers are urging patrons to stop pooing in the 'deep playa'.

The annual gathering of Burning Man has an ethos of leave no trace behind, which includes all forms of human waste, like poop. This can become an issue for those revelers who choose to party out in the "deep playa", an area far far from Black Rock City's center where most of the electronic music raving takes place.

In an effort to deal with this problem, Burning Man organizers have proposed that people use poop bags and water bottles for when they have to go to the bathroom when a Porta Potty isn't near.

A new report from the Bureau of Land Management, the federal agency which oversees Burning Man, touched on the issue of having a large number of people pooing and peeing in the deep playa.

The BLM has made plans to park "mobile rave zones" closer to Porta Potty banks and have signs directing people to use the toilets instead of the desert. The report also states that Burning Man volunteers and staff "search for and quickly clean up human waste deposited during deep playa music events", but they suggest that volunteers and staff also "hand out or ask Burners to bring pee bottle and poop bags for camp and deep playa events."

Cleaning up the Porta Potties is a tough job for Burning Man organizers, who have to fish out anything that's not toilet paper or human waste. In the past they've found a mattress, a full roast chicken and thousands of cigarette butts and baby wipes. Last year they provided 1,700 Porta Potties.

Watch a live stream of the Burning Man artcar Mayan Warrior when it visited Brooklyn below featuring The Pachanga Boys and see it on the playa this year.