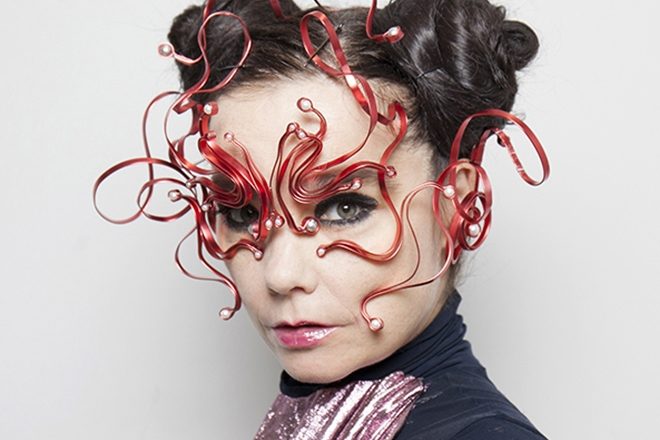 Björk’s upcoming album will “probably come out in the summer” as she is “finishing it now”.

Her 10th album should be dropping sometime after finishing her run of theatrical ‘Comucopia’ concerts in California.

The Icelandic artist will also be visiting the UK in the summer headlining Bluedot Festival at Jodrell Bank Observatory which could suggest an opportunity to hear the album played live.

In an interview with LA Weekly, Björk said it “depends on the speed of publishing in 2022. It’s sort of out of my hands. But I would say summer. That’s a rough estimate.”

She adds: “I’m finishing [the new album] now, and it should probably come out in the summer.

“It’s always really hard for me to describe the album while I’m still making it. It isn’t until a few months later that I can look in the mirror and pretend there was a logic to it the whole time.”

Earlier this month Björk spoke with The Mercury News and revealed that the album’s release depends on “the speed of publishing in 2022”.

Read this next: Björk reveals that her next album is made for "living room clubs"

“It’s sort of out of my hands,” she continued. “But I would say summer. That’s a rough estimate.”

Björk explained that she was aiming to finish the album before the ‘Cornucopia’ tour however, “a couple of the team got COVID-19, so I kind of had to juggle a lot of things,” yet she believes “we kind of got back on the horse. Yeah, so it’s finishing really nicely.”

Björk will also be starring in Robert Eggers’ Viking revenge film The Northman alongside Anya Taylor-Joy, Alexander Skarsgård, Nicole Kidman, Willem Dafoe, Ralph Ineson, and Ethan Hawke. The film has been rescheduled for release in UK cinemas for April 22 this year.