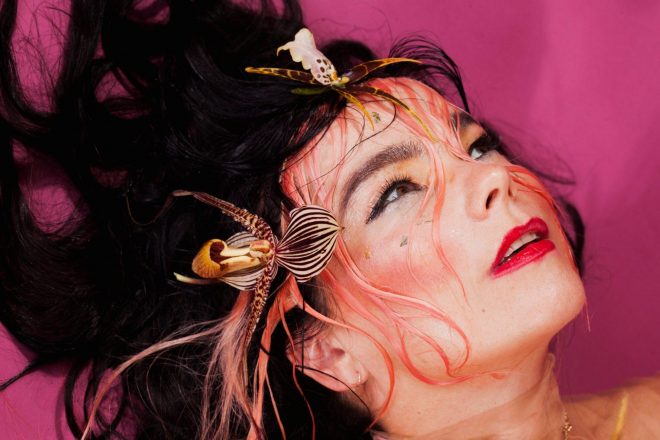 Björk has recently revealed information about her upcoming album, including sound, tempo, socio-cultural inspiration and how she intends fans to listen to the album.

In an interview with Icelandic broadcaster RÚV, Björk discussed the next project, which will be her tenth studio album.

The new record, according to Björk, is designed for at-home, living room listening, which is especially important in the context of the pandemic and legal restrictions.

It's "for people who are making clubs at home in their living room, restricted to their 'Christmas bubble," she remarked in the interview.

She also says in the interview that most of the songs that she has made for the project are between 80 and 90 BPM, explaining that she made this artistic decision "for a very boring reason" - because that is the speed at which she walks.

The artist expanded by explaining that despite the slow tempo for the majority of the project, it does quicken up in some of the songs to make it feel like “you’re in the club” for the final minute of the track

Björk compared the sound of the album to “a man who was headbanging, then sat down again and had another glass of red wine, and everyone is home by 10 o’clock, done with the dancing and everything”.

“I’ve never had such a great time as these eighteen months in the pandemic,” she revealed. “Waking up every day in my bed, always so surprised and grounded and calm. I’ve not been that pumped since I was sixteen. We as Icelanders are very lucky because we are doing pretty well compared to other nations that have had to deal with this pandemic.”

Earlier in the month, the artist revealed that she would be broadcasting four orchestral concerts at Harpa Concert Hall, Reykjavik.

Read this next: Björk to play four orchestral concerts in Iceland

As part of this broadcasted series, the singer is raising money for Kvennaathvarf Women's Shelter- a cause that is close to her heart as she revealed in this interview that she was deeply impacted by the wave of Black Lives Matter movements that took place during the pandemic.

She wanted to support Icelandic women from foreign origin and believed that this was a good way to do so by raising money for the women’s shelter.

Read this next: Björk is re-releasing her 'Vulnicura' LP as a VR experience

To read the full interview with RÚV you can check it out here.