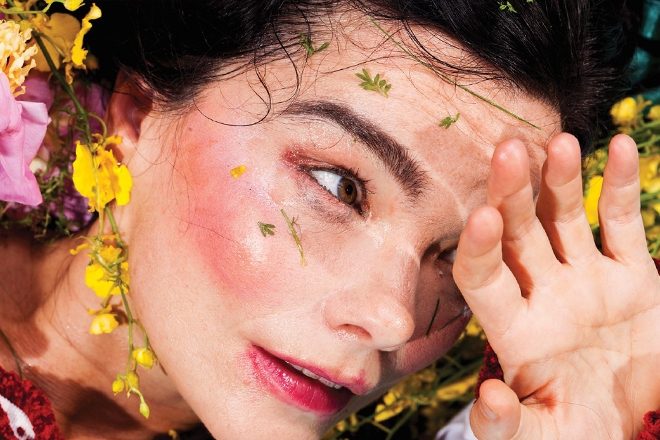 Björk has announced that she will be re-releasing her 2015 album 'Vulnicura' as a VR experience.

The visual remake of her celebrated eighth album has been touring museums around the world as part of the Björk Digital exhibition. Using a 360º camera, the Icelandic superstar started the project in 2014 and has since created seven VR videos with six different companies, four types of software and six different directors - including her longtime visual collaborators Andrew Thomas Huang and Jesse Kanda. Each song on the album is also accompanied by a new 360º animated score by software designer and composer Stephen Malinowski.

"The whole process has been an improvisation, trying to keep faith in formats," says Björk in her announcement. "It is too easy for musicians to turn pessimistic after CDs have evaporated but I wanted to try to have the courage to grow along with how 360 sound and vision tech was growing. With every challenge try to turn it into an additional gift for the ideology in the music."

The 'Vulnicura VR' album will be available for purchase via Steam on September 6.

"When you put the headset on, it is very isolating," says Björk. "Heartbreak is. It also gives an escapist relief. Which heartbreak needs. But there is also a hidden quality I personally think is going to be the most unexplored in the future, the healing potential of VR."

The Cover Mix: Björk
Björk reissues her albums on multi-colored cassettes
Björk details her 'aesthetic connection' with Jesse Kanda in new documentary
Get the best of Mixmag direct to your Facebook DMs