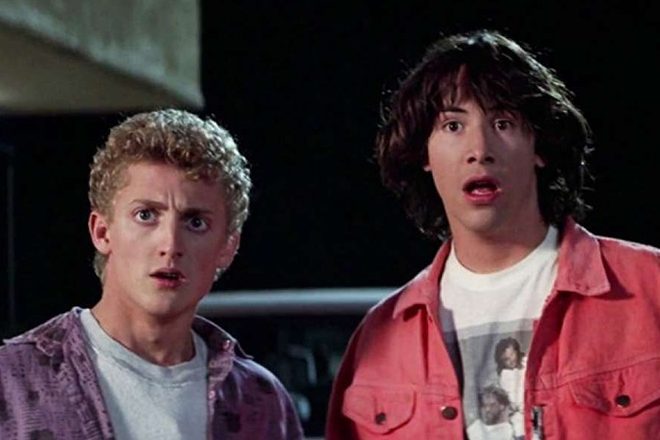 Titled Bill & Ted Face the Music, the movie catches up with the two characters in their middle age. In a promotional video filmed at the Hollywood Bowl, the two actors thanked their fans for their support over the decades and shared the news that the much-anticipated follow-up to their original film's 1991 sequel, Bill & Ted’s Bogus Journey, "might, actually, hopefully," become a reality.

While nothing is for certain at this point, Orion Pictures has named the release date as August 21, 2020.

Check out Keanu Reeves and Alex Winter's promotional video below.