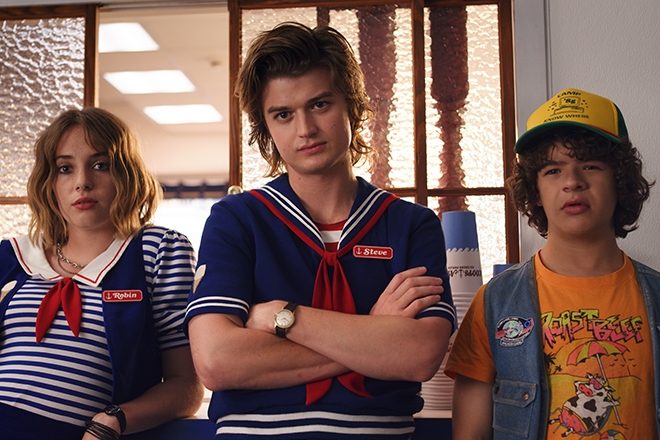 The official trailer for the third season of Netflix's hit show Stranger Things has arrived.

Soundtracked by a rendition of The Who's classic track Baba O'Reilly, the three-minute trailer shows the Stranger Things gang enjoying the summer of 1985 in Hawkins, Indiana, by hanging at the mall, lounging by the pool and fighting off the bizarre creatures from the dreaded Upside Down.

The trailer release is shrouded in mystery and wonder - providing nothing in the way of a synopsis except for the line "one summer can change everything."

The new season of Stranger Things hits Netflix on July 4, 2019.

While the show's creators Matt and Ross Duffer shared their plans to create two more seasons of the show following the amazing success of the show's second season in October of 2017, the idea of a fifth season may never come to fruition. “We’re thinking it will be a four-season thing and then out,” says Duffer during an interview with Vulture. Whether or not they'll stop after four seasons remains to be seen, but for now, Stranger Things fans can rest easy and look forward to this summer adventure.