The concept of a DJ as a celebrity figure may have lost its novelty ways into the rise of EDM phenomena, but seeing our favorite disc jockeys go from dark clubs to front-and-center on the silver screen still feels a bit like seeing a fish out of water – some more so than others.

Choosing to forget We Are Your Friends and instead celebrating classics like Human Traffic and cameos you might have forgotten about, we've compiled a list of the most memorable and giggle-inducing spotlights on DJs that have made their ways to the film and television world.

If you blink, you really might miss Seth Troxler's uber brief cameo in the trailer for Point Break. The 2015 action flick follows a clique of extreme, Robin Hood-inspired athletes that travel around the world using their sport skills to pull off major heists.

The adventure sees the team end up on a boat party where, apparently, Seth Troxler is also roaming around and enjoying. At 1:05, see if you can spot the producer dancing off in his own zone.

On the total opposite end of the musical spectrum, Steve Aoki also provided a track called 'The Power of Now' to the film's soundtrack. In addition, Aoki makes an appearance as himself during a party scene and finds time to - you guessed it - toss a cake in an attendees face.

Indie British-Irish film Human Traffic was released in 1999 as a comic commentary on life as a young adult and experiencing the party circuit and all the hedonism that comes along with it. As the character crew makes their way out to the fictional Asylum Nightclub, the manager of the club – played by the one and only Carl Cox – makes an appearance.

Human Traffic also gives a subtle nod to its musical advisor Pete Tong who, although doesn't make a physical appearance, is heard on the radio in Jip's car. 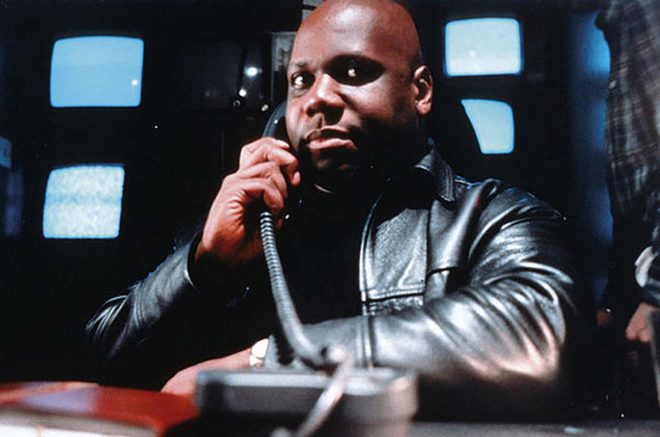 In 2000, the dance music community received Groove, a Greg Harrison film that focused on the underground rave world in San Francisco, California.

Released in the same time frame as Human Traffic, Groove offered its own Stateside take on the then bubbling realm of electronic music.

Of course, a tale about a rave wouldn't be complete without a figurehead to properly represent, and Groove didn't disappoint. During the final scene of the film, John Digweed appears as himself and delivers a line and a massive track called 'Heaven Scent'.

Famous for the above scene and line ("I AM Korben Dallas!") in Fifth Element, Tricky made his film debut in the 1997 science fiction movie as the character Right Arm. Known more often for his work with Massive Attack and later as a prominent solo influence in the late 90s, Tricky returned to for another on-screen appearance later for a film called Clean (2004).