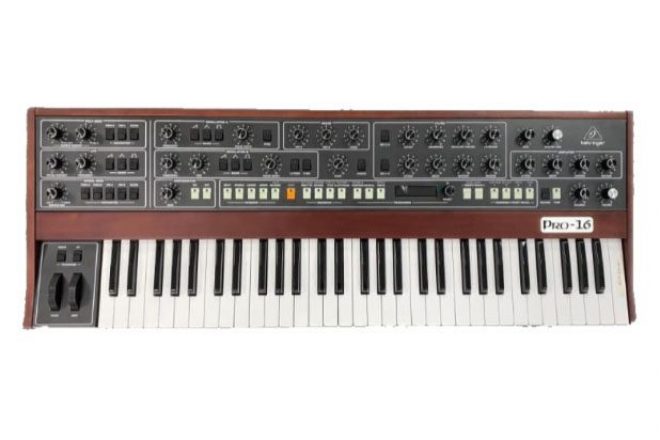 Last week, Behringer previewed a new synthesiser, the Pro-16. Though still in the prototype stages, the synth closely resembles the Prophet-5 design, which was pioneered by Sequential in 1978.

Via a Facebook post, Behringer shared that the firmware development of the new Pro-16 is ongoing. Product details are yet to be released.

Users hope that the new design will provide a cheaper alternative to the Prophet-5 - following Behringer's current shift to releasing remakes of popular synths for reduced prices.

Originally designed by engineer Dave Smith, the Prophet-5 was the first programmable polysynth. Sequential have since revised the analog classic, enthusiastic about maintaining the sound of the original yet adapting the design strength to that of a modern instrument.

The latest official revision to the Prophet-5 came last year. It includes a “Rev switch” which lets users pick which version they’d like the model to emulate, as well as a vintage knob. It also comes with 200 permanent factory resets, including the 40 of the original model and room for 200 of the user’s own. It retains the five voices, two multi-wave analog oscillators and other classic features of the 1978 model.

Read this next: 5 of the best foolproof synths

Back in 2018, Behringer opened a lawsuit against Dave Smith instruments (DSI) and 20 anonymous forum users for disparaging Behringer products. One of the alleged comments of a DSI engineer referred to Behringer’s CT100 cable tester as a “blatant copy” of another product, whilst other complaints revolved around the company’s alleged tendency to clone.