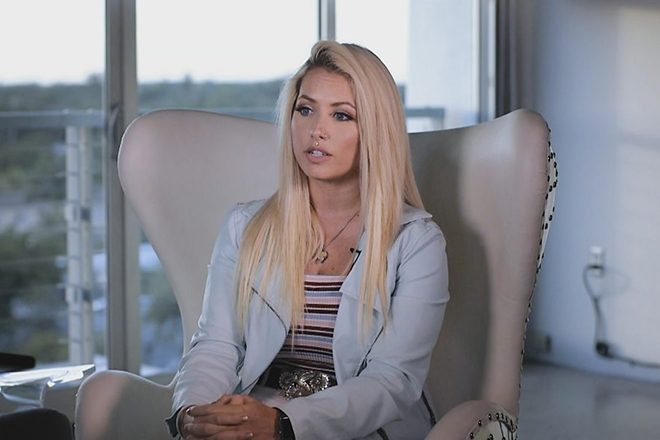 WARNING: This article includes accounts and imagery of sexual and domestic violence and may be distressing for some readers. Resources for support are listed at the end of this article

A new BBC Three documentary investigates how alleged assault and abuse of women in the music industry is dealt with.

Now available to watch on BBC iPlayer, the documentary - Music's Dirty Secrets: Women Fight Back - looks at assault and abuse cases involving Erick Morillo, rapper Octavian and grime MC Solo 45, who was recently sentenced to 30 years in prison on charges of rape and holding women against their will. His initial sentence of 24 years was increased after appeal.

In the documentary, reporter Tamanna Rahman speaks to Kristen Knight (pictured) who says Erick Morillo - who died in September - sexually assaulted her in December 2019.

Speaking to Rahman, Kristen, a Miami-based DJ, said: "When I got to his house it was like Dr Jekyll and Mr Hyde. He immediately started coming on to me and I told him, 'I'm not comfortable', and it eventually got to the point where I was so uncomfortable that I left.

She says Morillo persuaded her to go back into his house and that she later fell asleep.

"When I woke up, I woke up in a panic, and then I realised I was naked. At some point then is when I had the flashbacks of Erick raping me."

Kristen spoke to journalist Annabel Ross at the end of last year, saying "It is so important for women to come forward." Prior to this, 10 accusers shared their stories of sexual assault and rape accusations against Morillo.

Hana, aka musician Emo Baby, the ex-girlfriend of rapper Octavian, also appears in the BBC documentary to speak about alleged abuse. She originally accused him of domestic abuse last November, alleging “constant physical, verbal and psychological abuse”. She says it began after she fell pregnant and had abortion.

In Music's Dirty Secrets: Women Fight Back, she says she received a non-disclosure agreement (NDA) and alleges she was offered £20,000 to keep quiet.

She said: "They were offering me £20,000 to never speak on anything that's happened in our relationship.

Singer FKA twigs recently revealed she was opening a lawsuit against Shia LaBeouf for "relentless" abuse while they were in a relationship. She also spoke to Louis Theroux on his Grounded podcast, where she detailed one incident.

“After the incident driving back from the desert where he was threatening to crash the car unless I said I loved him, and ended up basically strangling me in public at a gas station and nobody did anything. That was a really low moment for me because I felt like I’d never be believed.

Music's Dirty Secrets: Women Fight Back is available to watch on iPlayer.