On September 1 2020, the day that superstar house DJ Erick Morillo died, the woman who pressed charges against him for sexually assaulting her last December had been thinking about taking her own life.

Miami-based DJ/producer Kristen Knight and her boyfriend, superstar DJ Roger Sanchez, had been at Universal Studios in Orlando, trying to belatedly celebrate their three-year anniversary, but Knight was struggling to feel anything resembling joy. “I couldn’t enjoy myself on a rollercoaster or having lunch or watching a show, I was like, that's it. My life is done. I can't live with the anxiety anymore,” she says. Driving back from Orlando to Miami, Knight contemplated ending it all.

Then her friend called and told her to pull over. Erick Morillo was dead. Knight had been due to face Morillo in court in three days time. Now, she wouldn’t have to.

“I couldn't believe that I had been considering ending my life, to find out that Erick's life had ended instead,” she says. “And I took that as a sign to keep going and to talk about it when the time was right.”

That time, almost a year to the day after she says she was sexually assaulted by Morillo, is now. For the past four months Knight has been subject to vile abuse online, death threats, slanderous, baseless articles published by dodgy “entertainment” sites, and what she describes as a deeply disappointing lack of support from the electronic music industry in which both she and Morillo worked.

“Nobody here locally has called me really to be like, ‘Hey, I'm sorry about what happened to you. We still support you. We're still gonna put you on,’” she says.

When one of Knight’s EPs was released the day after Morillo died — something that had been scheduled for months and that was the last thing on her mind when she learned of his death — she was attacked by Morillo supporters and even a close friend for her lack of sensitivity. “She was like, ‘You know, it's in bad taste. You shouldn't be posting that, people are talking, you know, and they're like, ‘What, is she using this as publicity?’”

Anyone who’s been a victim of sexual assault or rape knows how absurd that suggestion is. Knight never wanted to become the face of the movement that exposed Morillo as a sexual predator. She didn’t even want to be publicly identified. But when the attacks on her character began — some of them started by Morillo himself — and built momentum after his death, she knew that as soon as the dust settled, she wanted to set the record straight. 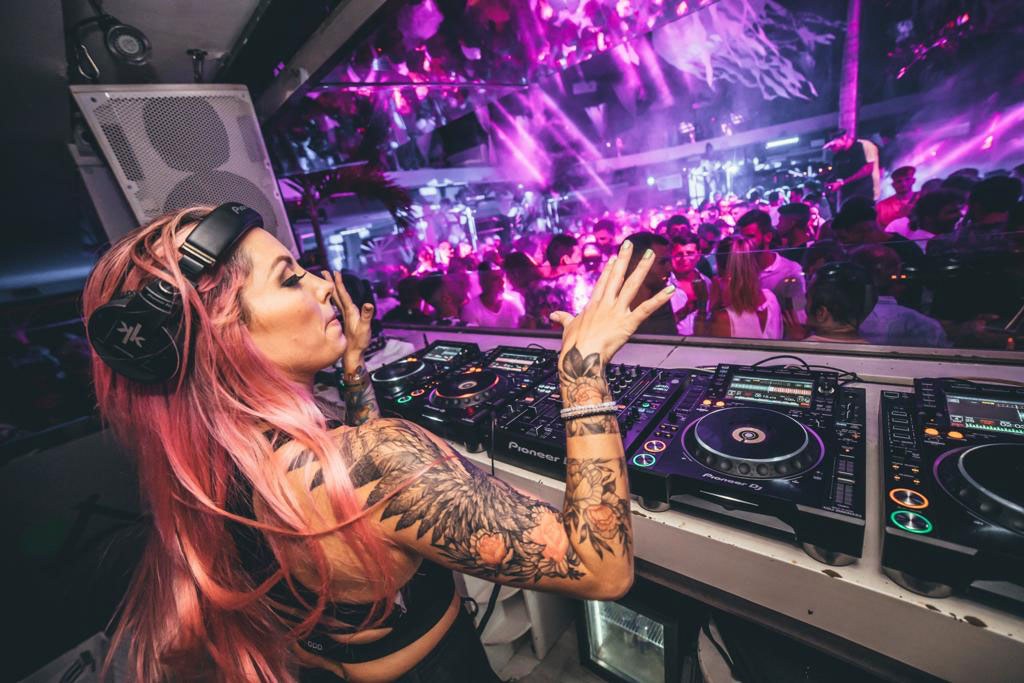 On Friday December 6, 2019, Knight and Morillo both played at a private party in Miami during Art Basel. She’d met Morillo while DJing on a few occasions in the past, but they’d never spoken at length. At the party, she befriended a woman who was going back to Morillo’s house after the event early the next morning and invited Knight to join them. She called her boyfriend, Sanchez, to tell him she was going to Morillo’s — a colleague of Sanchez’s of some thirty years (the pair toured Australia and New Zealand together in 2018). “Erick got on the phone with Roger. And he was like, ‘Don't worry, I got her. I'll take care of her. I'll make sure she gets home safe.’”

It was only once they got back to Morillo’s place that he started acting inappropriately — asking Knight why she was “really” there, etc — but nothing so concerning to warrant leaving. Knight borrowed a spare swimsuit from Morillo’s pool house and they all got in the pool. It was a fun morning until Morillo grabbed Knight’s face and tried to kiss her. This was enough to make Knight decide to leave. She collected her things and once she finally figured out how to get out of Morillo’s compound, went outside to call an Uber. But Morillo followed her out onto the street completely naked and crying and begged for her to come back inside. “One thing that I've noticed is that a lot of people who love Erick, they have this kind of sympathy for him,” Knight says. “They feel bad for him, like his life was so rough, or you know, he did drugs and he has problems. It was that same sympathy that made me a victim of his.” Knight covered Morillo with a towel and walked him back to the outside of his house. “After crying on my shoulder and telling me how hard his life was, he convinced me that he would go and put shorts on and be respectful and to come back into the house,” she says.

The other woman had fallen asleep on the couch, and Knight and Morillo DJed together for a while until Morillo also passed out on the couch. Knight went outside to have a cigarette and started to feel incredibly sleepy — too tired to even call an Uber. She went back inside and lay down on the first bed she could find in a room upstairs, fully clothed. When she woke up, she was naked and Morillo was walking around the room, also completely naked. “I was like, ‘Erick, why am I naked?’ And he was like, ‘I don't know.’ And I was like, ‘I remember things.’ I was like, ‘Where the fuck are my clothes?’ I basically freaked out. At the time, he said nothing happened.” Knight was already having flashbacks of being assaulted by Morillo, registering his face and body on top of hers as she went in and out of consciousness. “I was like a corpse,” she says. “And I saw his face and I was like, ‘What?’ And then I blacked out again. I was so angry. And I was like, hypersensitive of everything, my whole body, you know, it feels like pins and needles all over your skin when you realise like, ‘Oh my God, I’ve been touched.’ And I didn’t allow it. And in this type of way where you’ve just blatantly been used.”

Morillo kept saying that nothing had happened but Knight grew increasingly upset and started yelling at him to let her out of the house. Once outside, she called an Uber, then Sanchez, and then the police. “As I was sitting in the grass outside of his house crying, I thought about numerous things,” she says. “I thought maybe I can just leave here now and pretend like it never happened, but that wasn’t an option for me. I thought about being that woman who came forward ten, twenty years from now and had my credibility questioned. That wasn’t an option for me. And then I thought about everything that would happen when I did call the police. I knew that it would be daunting. And then I thought about my daughter, if it was her in my position, you know. So once you call the cops, everything you do is under investigation and your body becomes a crime scene. And that's how the rest of that day went.”

It would be another eight months before the rape kit results came back positive, an agonising wait where Knight would check in with the police every fortnight, always to be told to call back in another two weeks. “I was like, ‘Hey, what's going on? Hi, I'm stuck here.’ Knowing that the DNA was going to come back a match and Erick was just off touring around the world, flying on private jets, possibly raping other people.” The backlog for rape kits to be processed, especially in major US cities such as Miami, is woefully long. Four other women had reported a rape at the same treatment centre on the same day as Knight, all before 6pm. 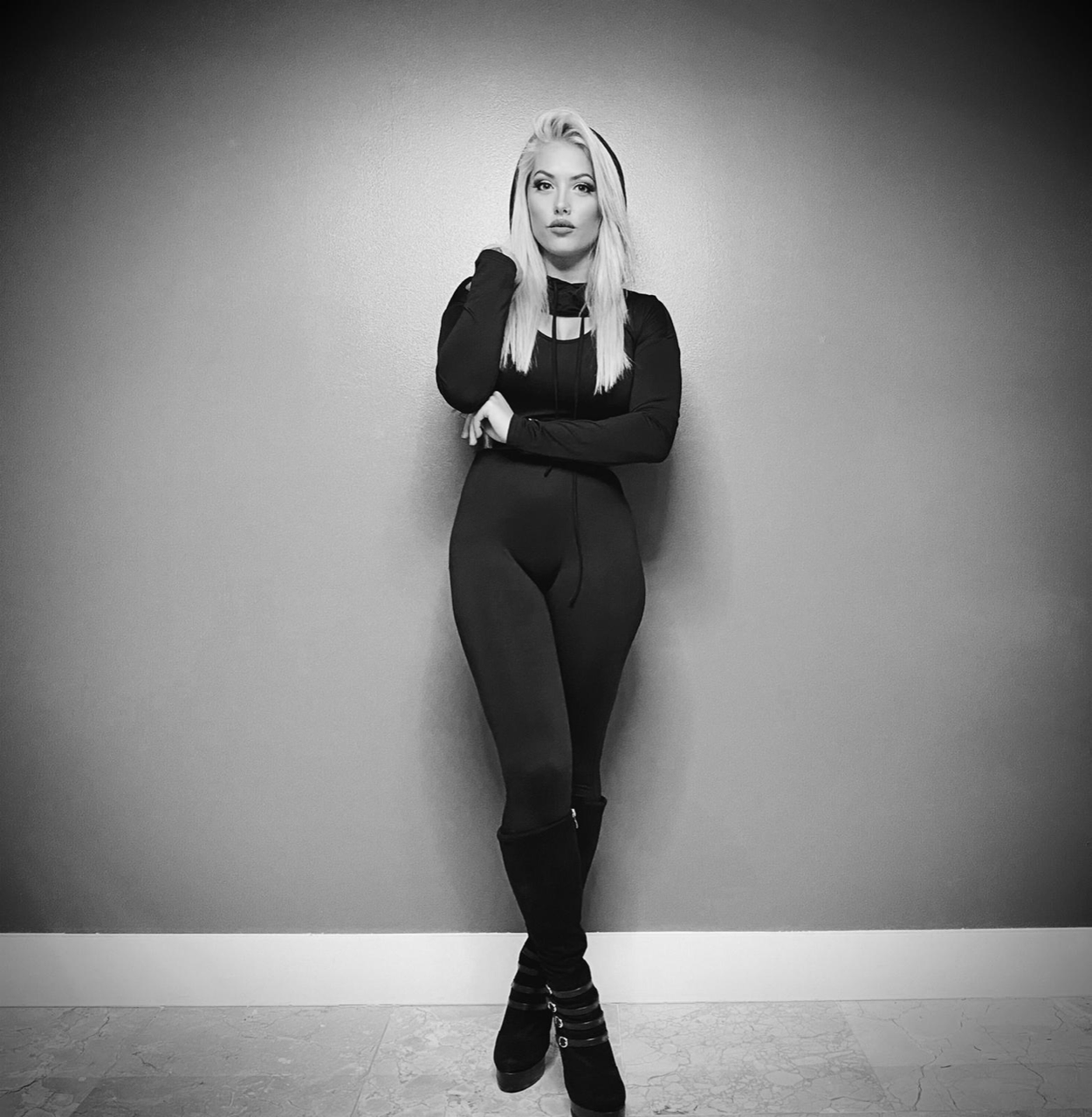 “The most shocking thing about my story is how common it is,” says Knight, who wasn’t surprised when so many of Morillo’s peers and fans continued to eulogise him after his death in spite of the assault and sexual battery charge against him, even after Mixmag published ten more accounts of his abuse spanning the past three decades. “We live in a world where people support Trump,” she says. “People have supported toxic people all through history, just because they had charisma or power, you know, or if they were talented. People are so disconnected that they can't see that if it had happened to them or someone that they love or their child, what it would be like for them to experience that.”

Along with receiving a torrent of abuse after Morillo died (of “acute ketamine toxicity”, ruled an accidental drug overdose by the Miami-Dade County Medical Examiner Department) Knight was contacted by many supporters and fellow survivors, including other women who say they were raped by Morillo, who applauded her courage. She doesn’t see herself as brave — “I did what I thought I was supposed to do,” she says — but she’s grateful that her call to the police sparked this year’s industry-wide, long-overdue conversation about sexual assault.

“Honestly, I’m tired of seeing it. I'm tired of seeing women and their stories kind of be brushed to the side, dealing with environments that are toxic, sexual harassment, and normalising this behaviour,” she says. “Growing up as a woman myself and being objectified by men my entire life, I’m over it. I'm tired of not feeling safe in my own skin. I should be able to hang out with a guy friend and not worry about getting raped. Like, it's 2020.”

The lack of support from “the scene that brushed me under the mat” has dampened Knight’s appetite for DJing in the near future, though she plans to keep producing and releasing music. Keeping the narrative going and “creating a safe space for women to come forward and talk about this very heavy topic” is her main goal for now.

A conventional path to justice was snatched from Knight when Morillo died, never to face court or go to jail for his crimes. But she celebrates small victories, such as when Morillo’s friends and supporters take down their tributes on social media, and now, when she’s telling her story publicly for the first time. “This is healing for me, and healing is a huge part of my life every day,” she says.

“Justice would be seeing women unafraid of calling out the person who assaulted them every single time they did it. Us not living in fear of being persecuted for coming forward with allegations of someone who raped us,” she says. “It's so important for women to come forward if they've been sexually assaulted, because if not, this is what we get — thirty years of a serial rapist on the loose.”

AFEM sponsor a confidential support service for anyone affected by sexual harassment within the electronic music industry provided by Health Assured expert counselling. Call 0800 030 5182, (Outside the UK: +44 800 030 5182)

AFEM has also created a Code of Conduct against sexual harassment and gender discrimination for the music industry. Find out about it here

Rebekah has launched MeToo #ForTheMusic, a campaign to raise awareness about and combat sexual harassment and sexual assault in the music industry