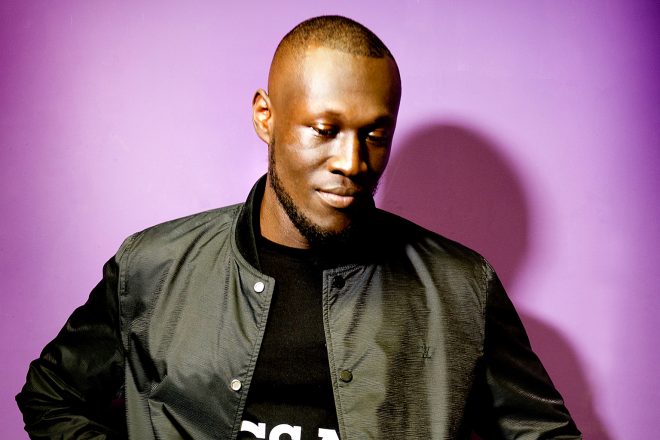 Enigmatic artist Banksy has revealed that he designed the stabproof vest that Stormzy wore during the first part of his headline set at Glastonbury.

In an Instagram post, the Bristolian wrote, "I made a customised stab-proof vest and thought - who could possibly wear this? Stormzy at Glastonbury."

. I made a customised stab-proof vest and thought - who could possibly wear this? Stormzy at Glastonbury.

The rapper confirmed this via his own Instagram post, in which he referred to Banksy as "the greatest, most iconic living artist on planet earth," and gave thanks to those who featured in, and contributed to, his Glastonbury performance, including Coldplay's Chris Martin, Jay-Z, Dave and Fredo.

Last night I headlined Glastonbury in a stab-proof vest custom made by the greatest, most iconic living artist on planet earth, the one and only BANKSY. I opened my set with words of encouragement from my hero and ultimate inspiration and the greatest rapper to ever grace planet Earth Jay-Z. I got to sing with the most incredible and legendary man I know - Chris Martin - a man who’s genius I am so in awe of that it makes me go to studio and try to emulate him. Raleigh Ritchie - one of our country’s greatest musical talents thank you my brother. Dave & Fredo - I love you my brothers, UK’s finest rappers, thank you from my heart for helping me light up the stage and making one of the most beautiful moments our culture has seen. Thank you to my lil brother @djtiiny theres no way in hell I could do this without you you have my back always and I’m so proud of you - you are my brother in arms we go to war together I appreciate you. To Bronski, Amber, Misty, Trev, Kojo, Tim, James, Sam & my whole tour/creative/production team I appreciate you all and I’m forever grateful. To my band and to my amazing choir who have worked tireless and given this their everything all whilst sounding flawless, effortless and amazing I appreciate you all very much I can’t do this without you. Massive thank yous to: the W.A.R dance crew you lot are now my brothers thank you for bringing a God-sent energy that I truly needed. To Princess K - you are a superstar, the crowd went absolutely crazy for you and I’m so excited to watch you take the world by storm. To Ballet Black, the grace, beauty and feeling you blessed the world with yesterday was felt in the hearts of millions. To Mac, Trizzy, Bobby, C1, Flipz my BikeStormz family I’m so happy the world got to see you lots talent and skills - you just showed the world about bikelife - be very fucking proud. To Big TJ & James for getting me ready and prepared for the energy this set would need. To the whole of my #MERKY team - my family who hold me down and have my back till the end. THANK YOU GUYS, THANK YOU GOD. I am proud of myself and I feel blessed and fulfilled and purposeful. Your Glastonbury 2019 headliner, over and out. 🎤❤️

With the performance, Stormzy made history as the first black British solo artist to headline Glastonbury. He also became the second youngest solo act to headline the festival at 25 years old, only beaten by David Bowie who headlined in 1971 as a 24-year-old. Check out our review of the groundbreaking set here.


During his set, he also performed his latest single 'Crown', which was co-produced by UK garage legend MJ Cole.