Avicii's secret girlfriend speaks out after his death: "We had so many plans" - News - Mixmag
Home Latest News Menu 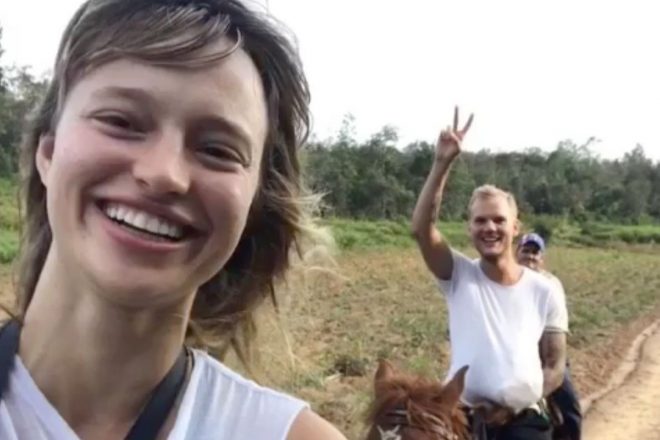 It's been a devastating week following the news of Avicii's death, which according to his family's statement, was likely suicide at age 28.

In addition to his family, Avicii's never-before revealed girlfriend, Czech model Tereza Kačerová has gone public on her socials for the first time with a heartfelt letter to the late Tim Bergling, along with photos from their very private relationship.

His death had obviously come as a surprise to Kačerová as it did to the rest of the world, as she explains: "The first couple days I harassed your friends (are they SURE IT'S REAL?!, demanding proof, WHERE ARE YOU NOW?) and googled articles to read that they had it all wrong. Every time I saw "RIP" and "Avicii" together in one sentence or an end date to your life, I felt shock all over again. When I saw they had changed your Wikipedia bio from "is" to "was", I sobbed. I'd stare at it for minutes at a time, trying to decipher why it says that you died on April 20, 2018. It didn't make any sense."

Tereza continues on in the lengthy and candid letter, detailing intimate moments between the two as well as her son from a previous relationship, Luka.

After announcing his retirement in 2016, Avicii not only stopped touring, but also largely fell out of the public eye. It's no surprise that the couple had decided to keep their relationship entirely off social media, and Kačerová touches upon their choice to live a hidden life and desire to eventually start their own family in her letter. "I was always very set on keeping our relationship private because I wanted it to be OUR and ours only and wanted no part in that madness. But I thought, if I’m going to share this with the world, it will be when I’m pregnant with our child. Ohhh how that plan went awry.”

"I used to tell you that I would keep you forever," her letter continues. "And thought what a big word "forever" was. But now "never" seems so much bigger. I called you a baby angel. Little did I know how soon you would become one."

The brightest stars burn out the fastest.