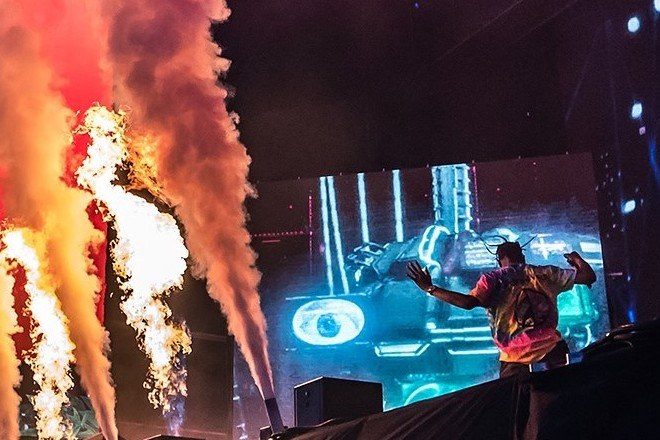 With 10 dead and hundreds of injured, two security guards from Astroworld Festival have now filed lawsuits against multiple parties claiming they sustained injuries from the crowd crush incident.

Uncle and nephew, Samuel and Jackson Bush, were working as security guards on November 5 at the festival.

They told reporters during a press conference on Monday that after chaos broke, the pair sustained injuries whilst attempting to help attendees out of the crowd surge.

Read this next: Travis Scott, Drake and Live Nation are being sued for $2 billion

The Bush’s have named 28 people and organisations in their lawsuit including Travis Scott and his label Cactus Jack Records.

Rolling Stone has reported that during Scott’s headlining performance Samuel was trampled multiple times causing his hand to break as well as injuries to his back. His nephew, Jackson also injuring his shoulder in the incident.

The pair were hired by security company AJ Melino & Associates which they allege took very few measures to prepare its contracted employees. It’s reported that members of security were not provided with walkie-talkies, so they were all unable to contact one-another or even their superiors when things started to get out of hand.

Claims in the suit also suggest that the security company didn’t arrange any training or even check whether many of their employees were qualified. Jackson Bush said at the press conference: “For the most part, they told us where to stand, not to let people run in, and to be safe and not to put our hands on anybody. There was no training.”

Another security worker at the event, Darius Williams, told Rolling Stone that he felt the company was rushing to hire people as he said: “If you look at my resume, I only have hospitality and retail experience,

“It felt like they just needed bodies, like they were hiring anyone who passed a background test.”