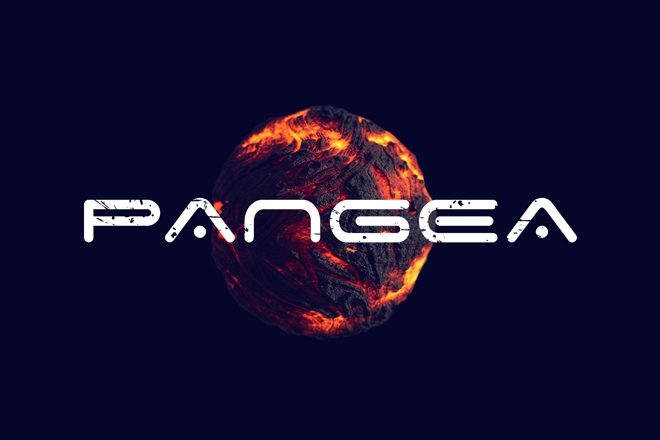 Arcadia will unveil its new installation Pangea at this year’s Glastonbury festival, which takes place across June 26 to 30.

The new production, which features a 50 metre tall crane repurposed from Avonmouth docks at the centre and weighs 140 tonnes, is being described as Arcadia’s “most ambitious engineering project to date”. Pangea will be exclusive to Glastonbury, and evolve across the next five years of the event.

It’s inspired by the prehistoric supercontinent Pangea, a gigantic land mass that formed around 335 million years ago and later broke apart to form the continents we know on Earth today.

The centrepiece of the installation will star dazzling lights and weighty sound, with Arcadia’s signature sensory overload of fire, explosions and more adding to the thrilling experience. Specially designed visuals from Astral Projekt and Heckler will also appear on a huge 360 degree radome which was originally used to guard radars in the Cold War.

Arcadia has locked in an impressive line-up for the stage’s debut, including a back-to-back session from Carl Cox and Jamie Jones, and Fatboy Slim and Eats Everything’s new live show.

Creative Director Pip Rush said: “It’s time for a new journey at Glastonbury and heading into the unknown is where we’ve found all our best ideas. Michael Eavis has supported many generations of creative minds, and in that spirit, we want to make sure we’re also stimulating new generations of ideas and welcoming others to collaborate with our team. The structure gives us infinite scope to take over the sky and the potential is very exciting.”

Technical Director Bert Cole added: “This has been a serious mission! The sheer scale of it has definitely been a challenge but breathing new life into this old industrial beast and evolving the concept around it has been amazing so far. This is a total voyage of discovery for all of us and we won’t know exactly what direction it heads in next until there’s a crowd around it – that organic evolution through a feedback loop with thousands of people is one of the best feelings on earth and is what Arcadia is all about.”

Also debuting at Glastonbury for 2019 is Arcadia Reach, a non-profit organisation that has worked on projects such as improving water access in Sierra Leone, putting on engineering workshops for children and providing a fire engine for a refugee camp.

Check the full line-up for Arcadia’s Pangea at Glastonbury below. 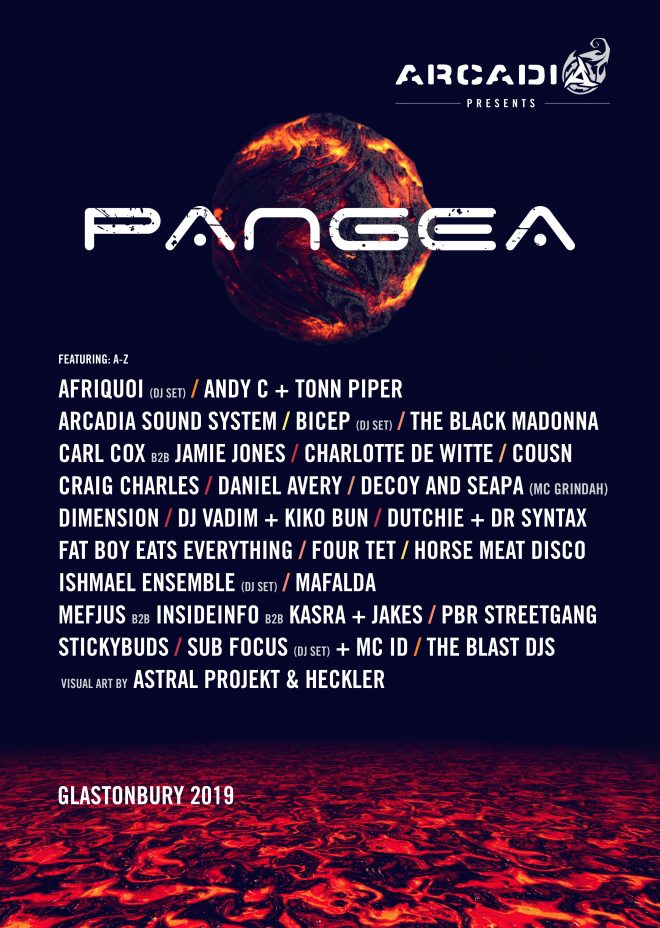 25 photos that prove Arcadia is the most intense festival stage ever stage ever
Arcadia: The Story Of The Spider
Michael Eavis announces "enormous" 'Glastonbury-on-Sea'